This week we focus on British photographer Chris Simpson and the pictures he took in 2001 of the amazing, huge statues called Moai, in Easter Island, or Rapa Nui.

The mysterious enormous stone figures, vestiges of an advanced and flourishing society, have puzzled explorers and researchers for centuries. “I am basically an incurable romantic and the idea of UFOs, Atlantis and vanished advanced ancient races always appealed to me.” (Simpson) 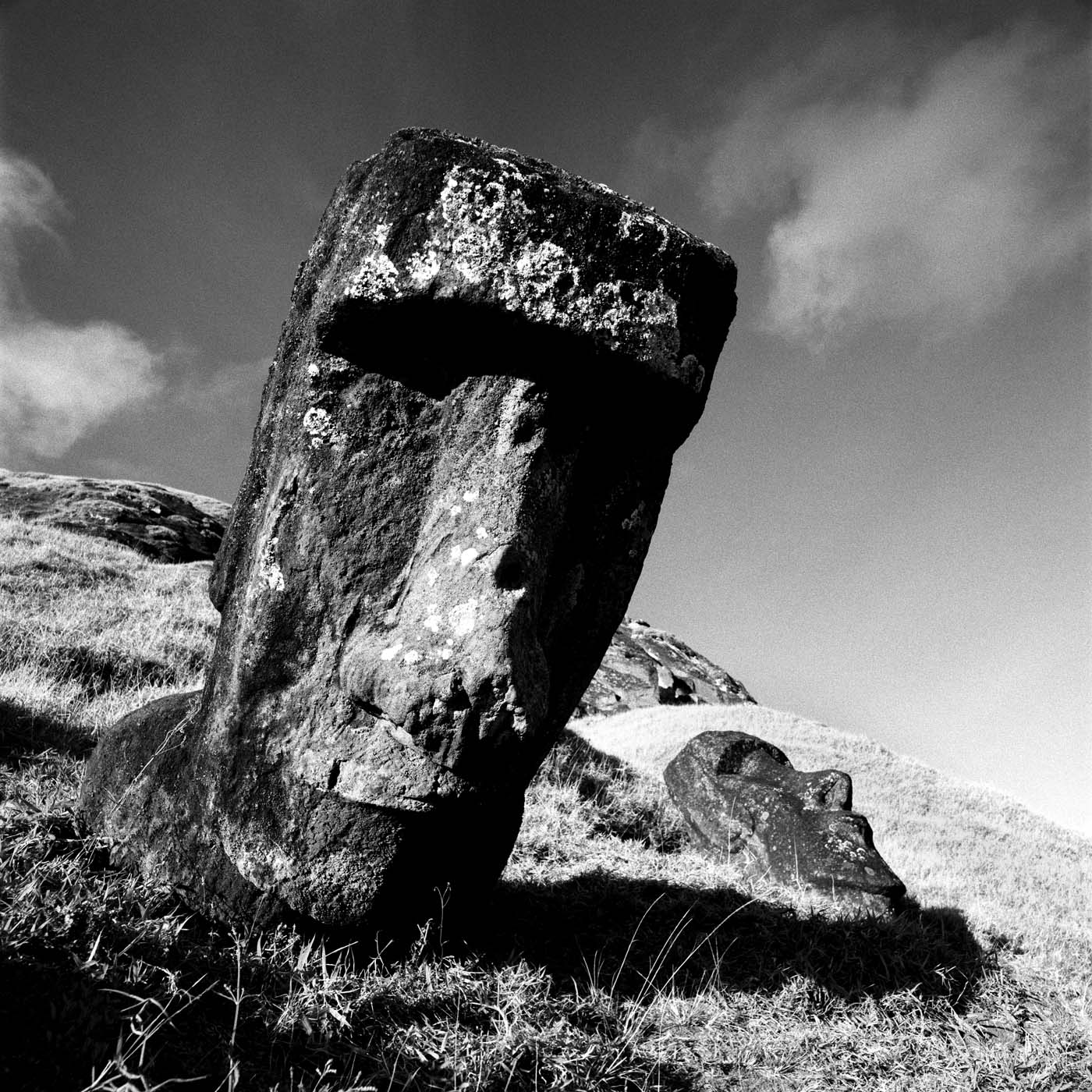 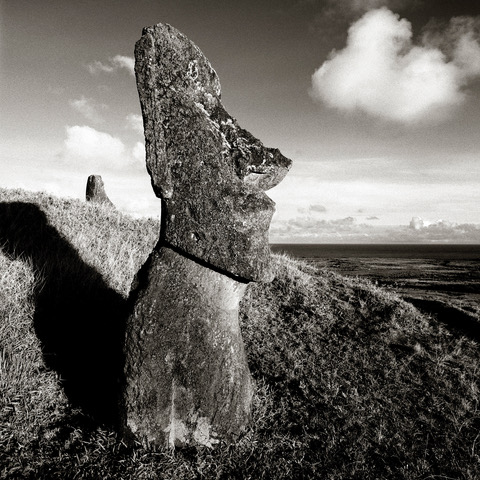 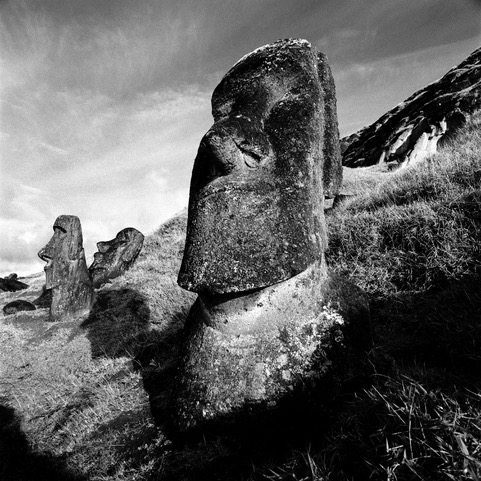 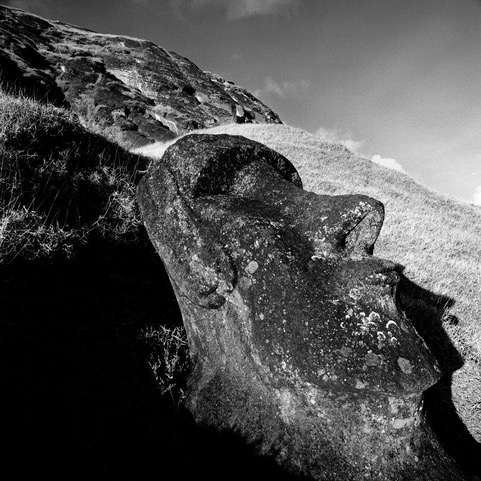