“… I realised that pictures are far more important than the photographers themselves… the whole of the game was to remain invisible and to have the least possible impact on what was going on around me.” -Dominique Tarlé, 1971

As a teenager Dominique Tarlé fell in love with the sound of the new wave of rhythm and blues bands that were starting to dominate the popular music charts. A photographer, he set about capturing their live performances. His favourites were The Rolling Stones. Throughout the late sixties he devoted his time to following them, becoming friendly enough with them to be invited on their 1970 ‘farewell’ tour of the UK.

In 1971 The Rolling Stones had to leave the UK. After years of financial mismanagement and trouble with the Police and the Tax Man, they went into exile. Their destination was France, Dominique’s home. Following his long association with the band, it was natural for Keith Richards to invite Dominique to come and visit. Keith and Anita Pallenberg had set up home with their young son Marlon in a house named Nellcôte at Villefranche-sur-Mer on the Côte D’Azur.

The long summer that followed has become one of the most celebrated in the history of modern music. The myth and mystery of what occurred at Nellcôte has been related in three ways, through personal anecdote, through the music of Exile On Main St, and through the photographs that Dominique Tarlé took. Of these, we can discount, or at least ‘adjust’ the validity and accuracy of the anecdotal tales. Even those who were there cannot agree about matters as basic as who played on what tracks, or even whether the tracks in question were recorded in Nellcôte, Starggroves (Mick Jagger’s country house in the UK) or LA. These anecdotes are the material of which the dreams
about Nellcôte and Exile are made; and like dreams, they are indicative, extreme, hazy, unreal. 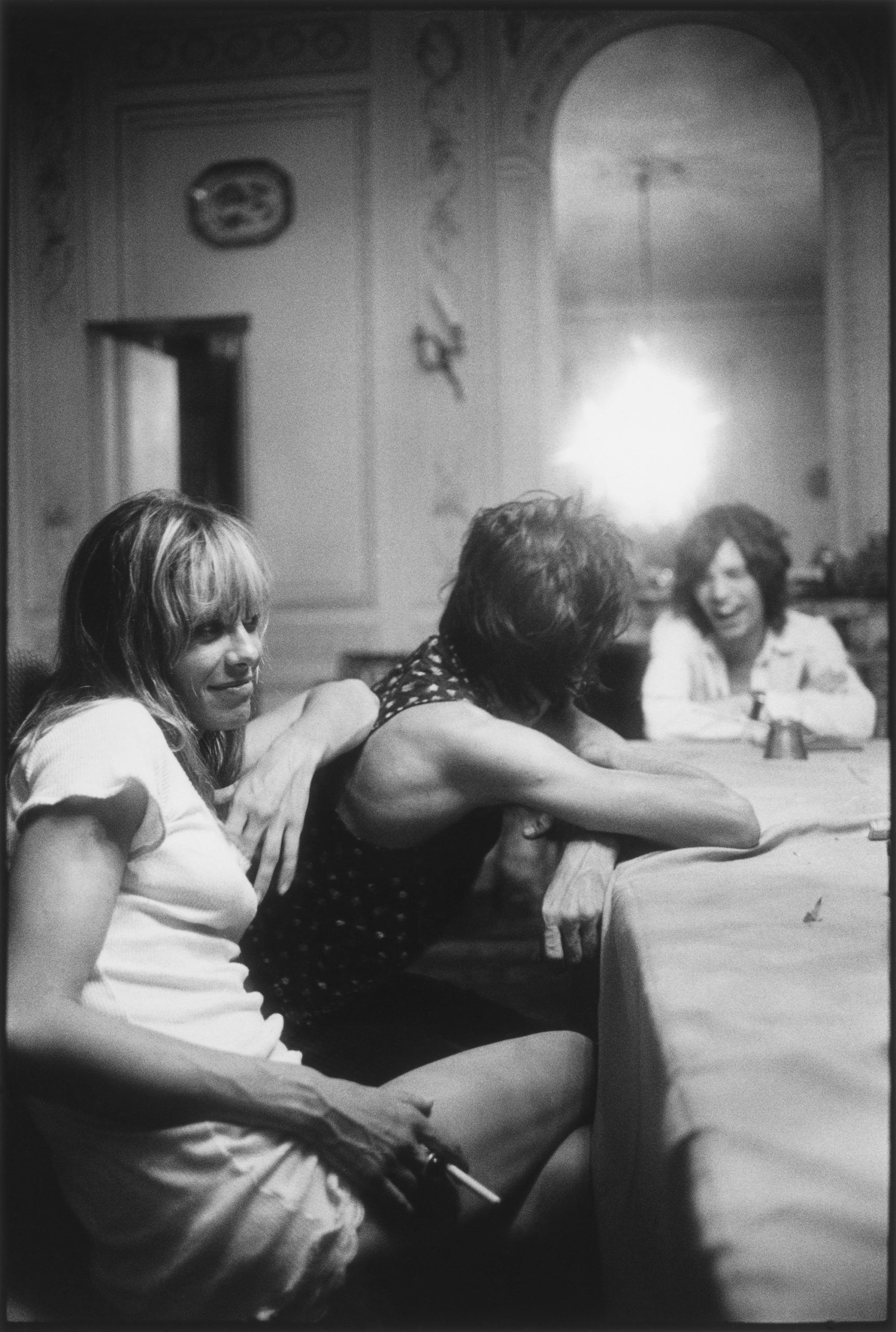 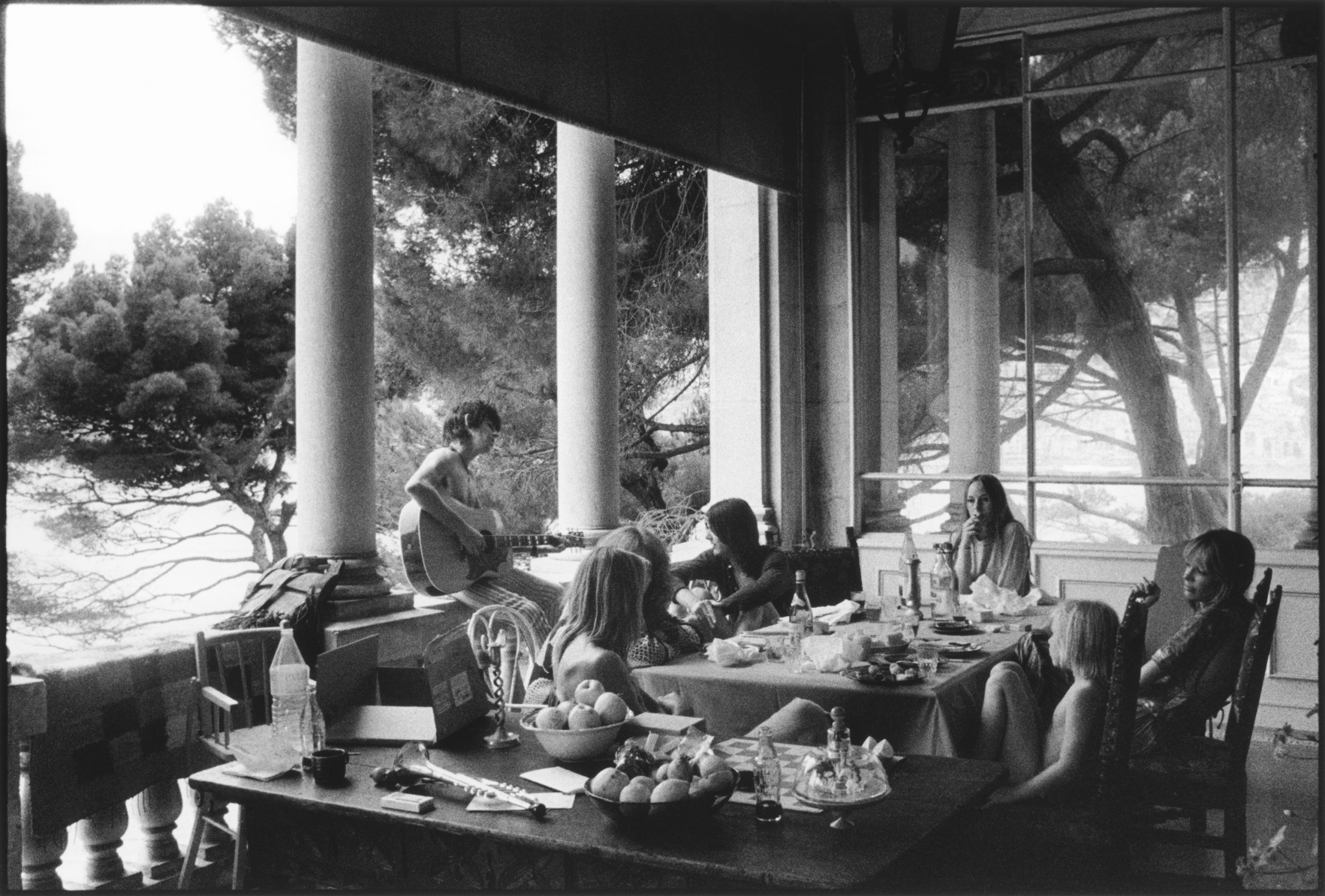 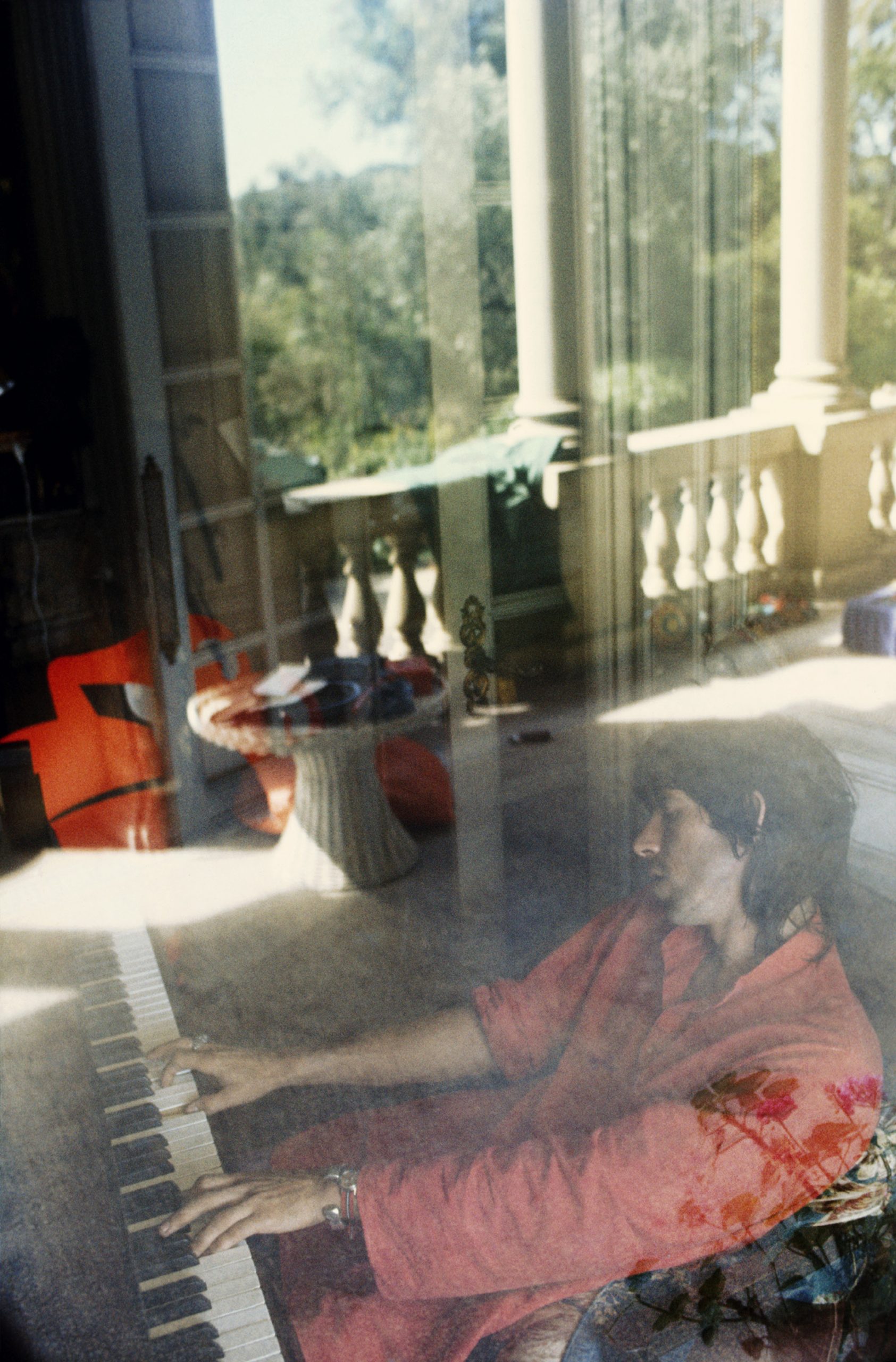 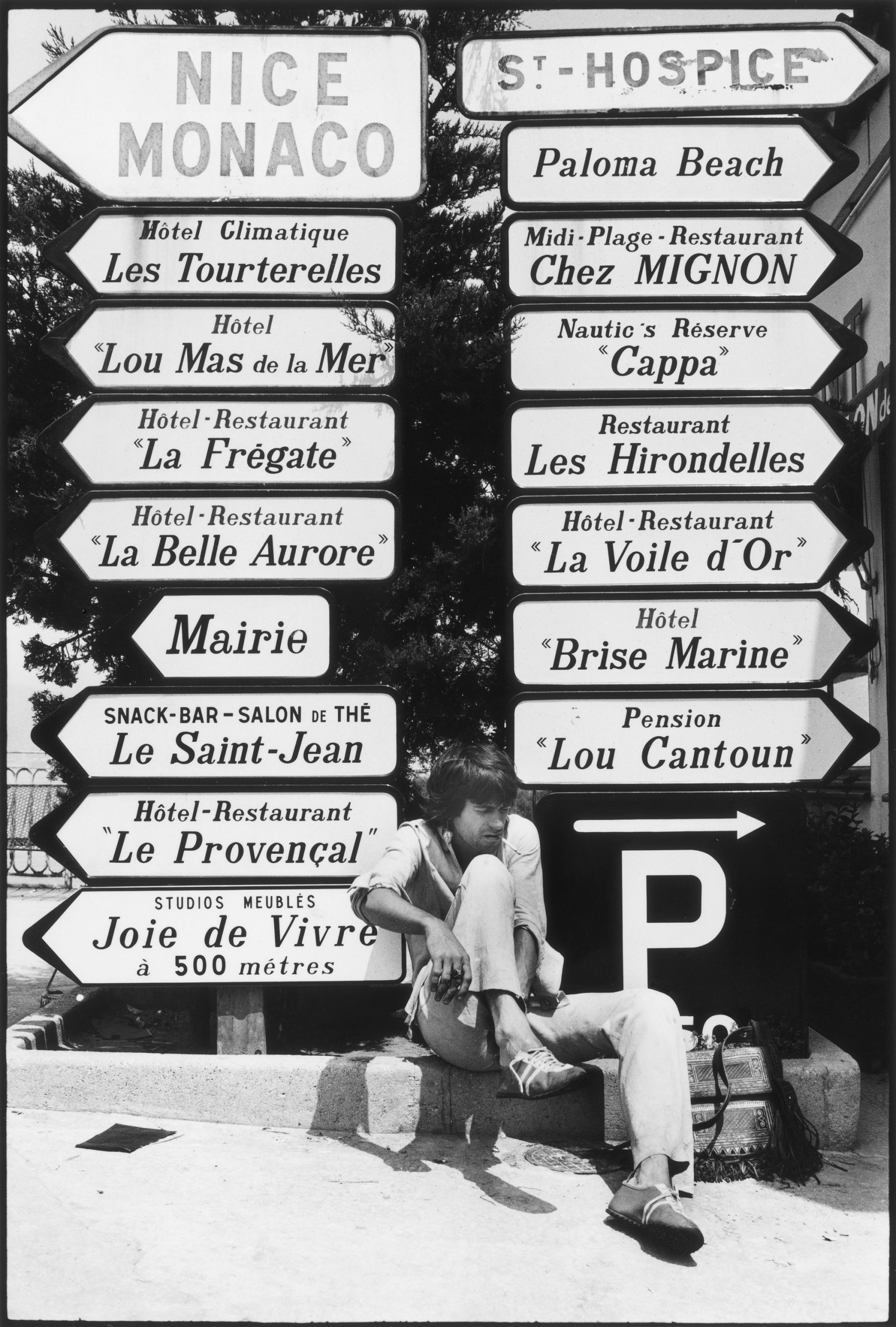 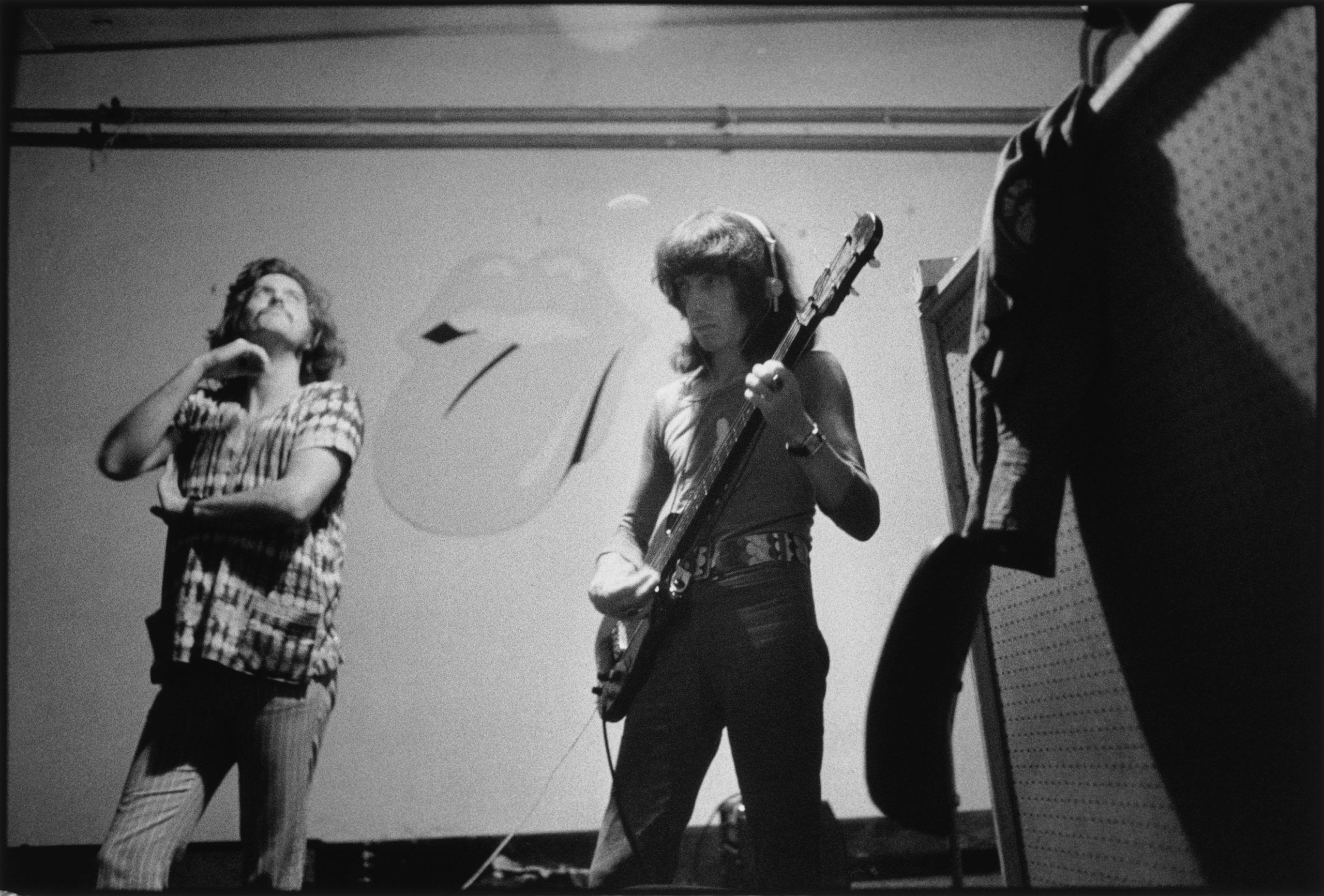 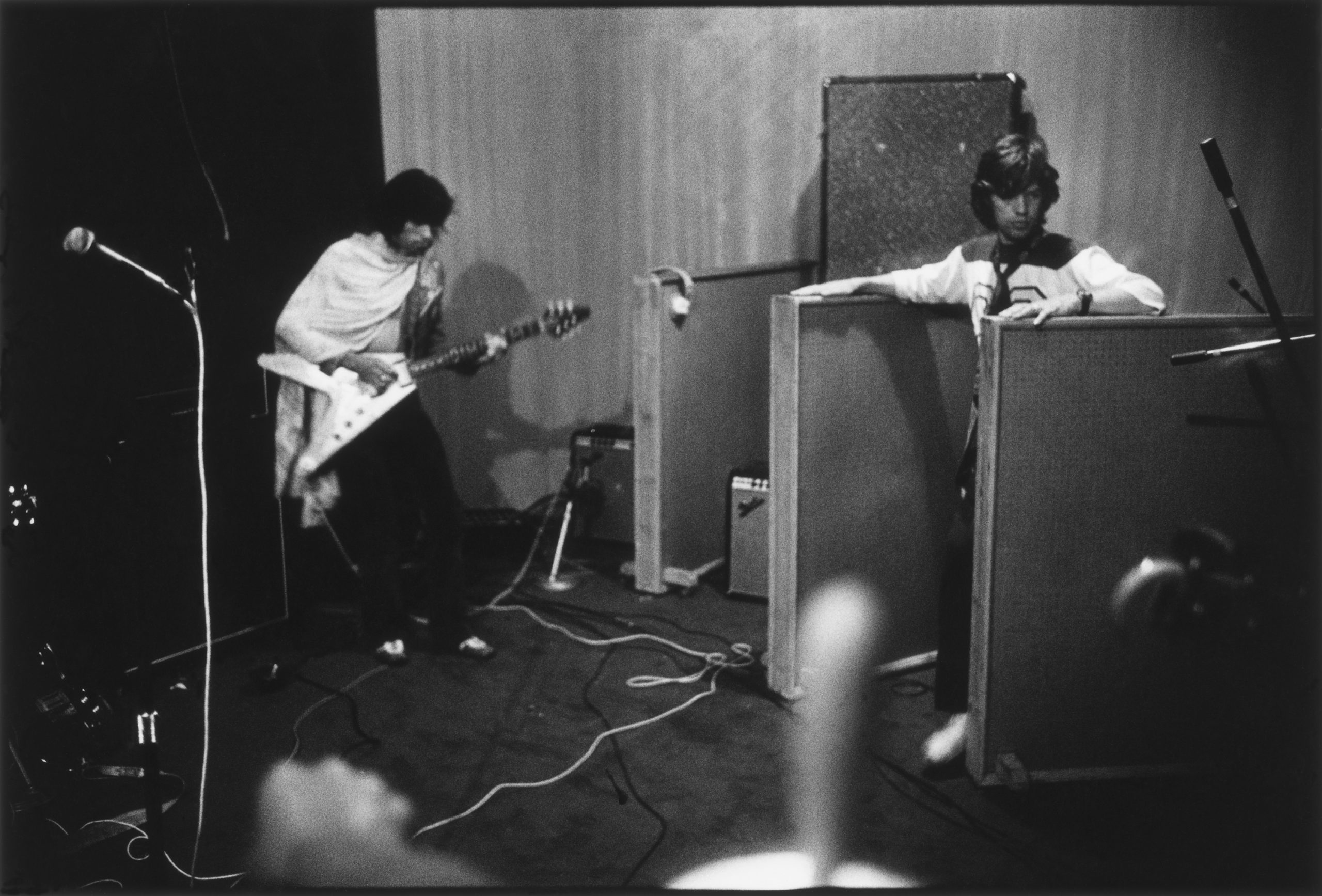 Mick and Keith in the studio, 1971
Gelatin silver print 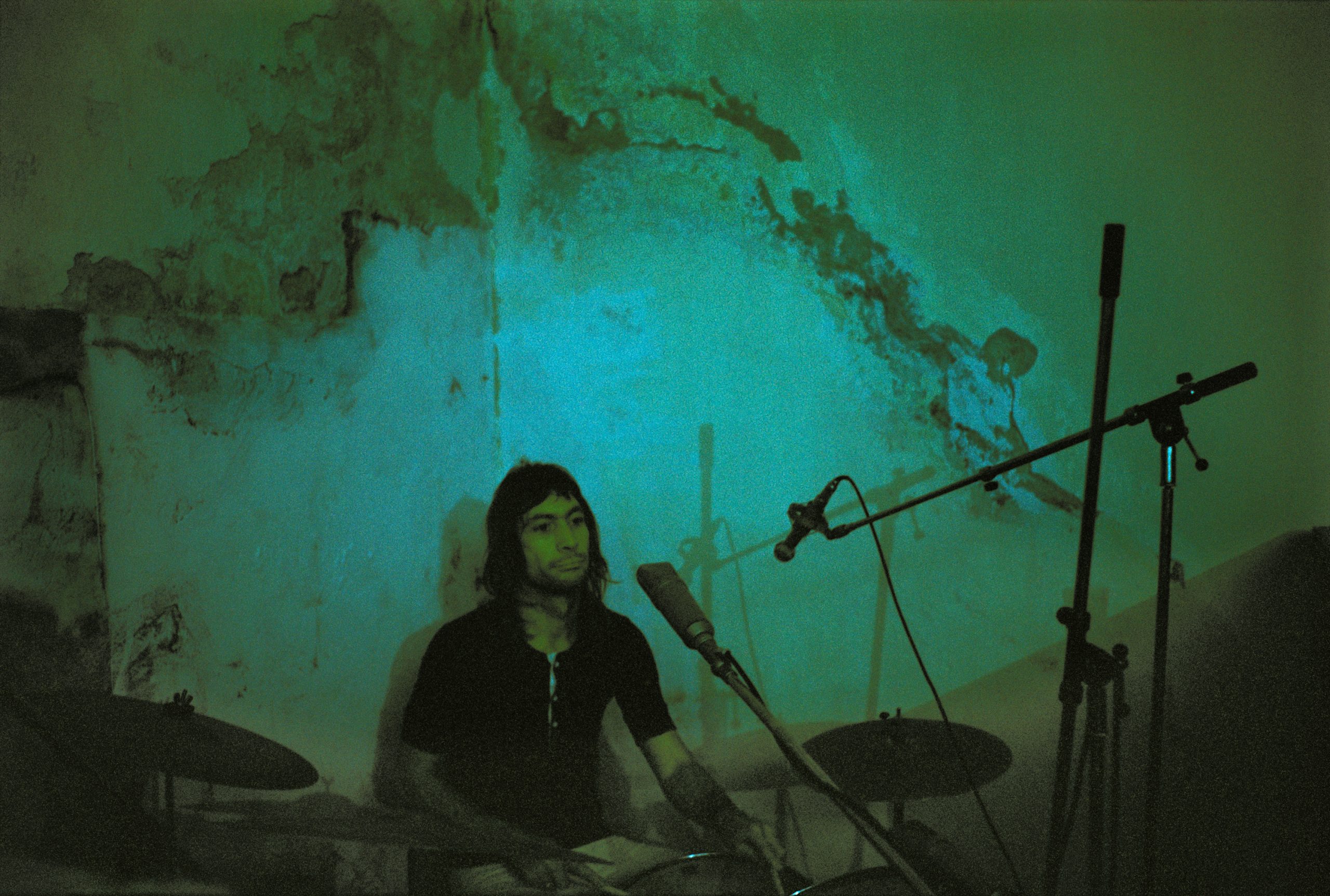 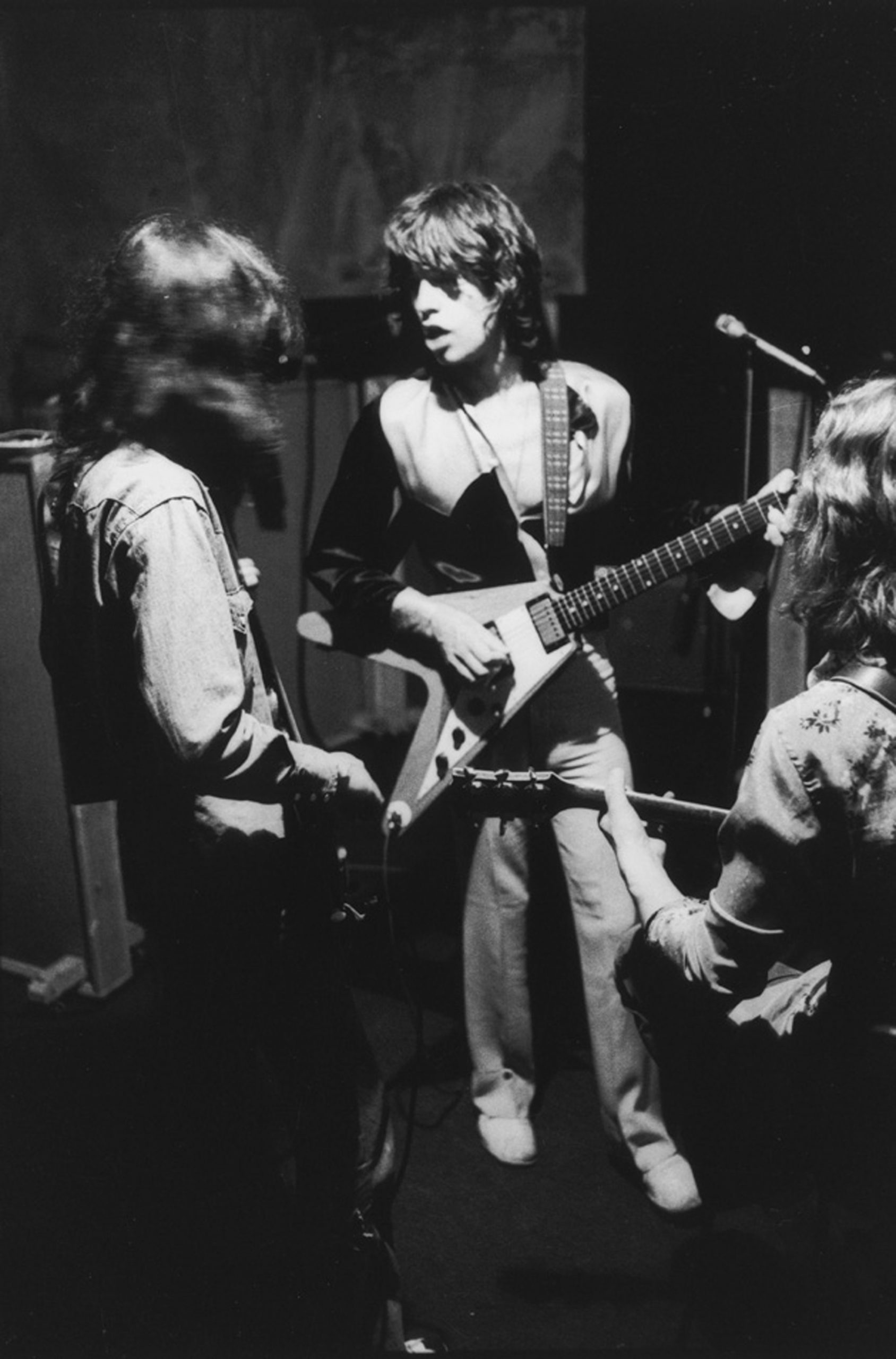 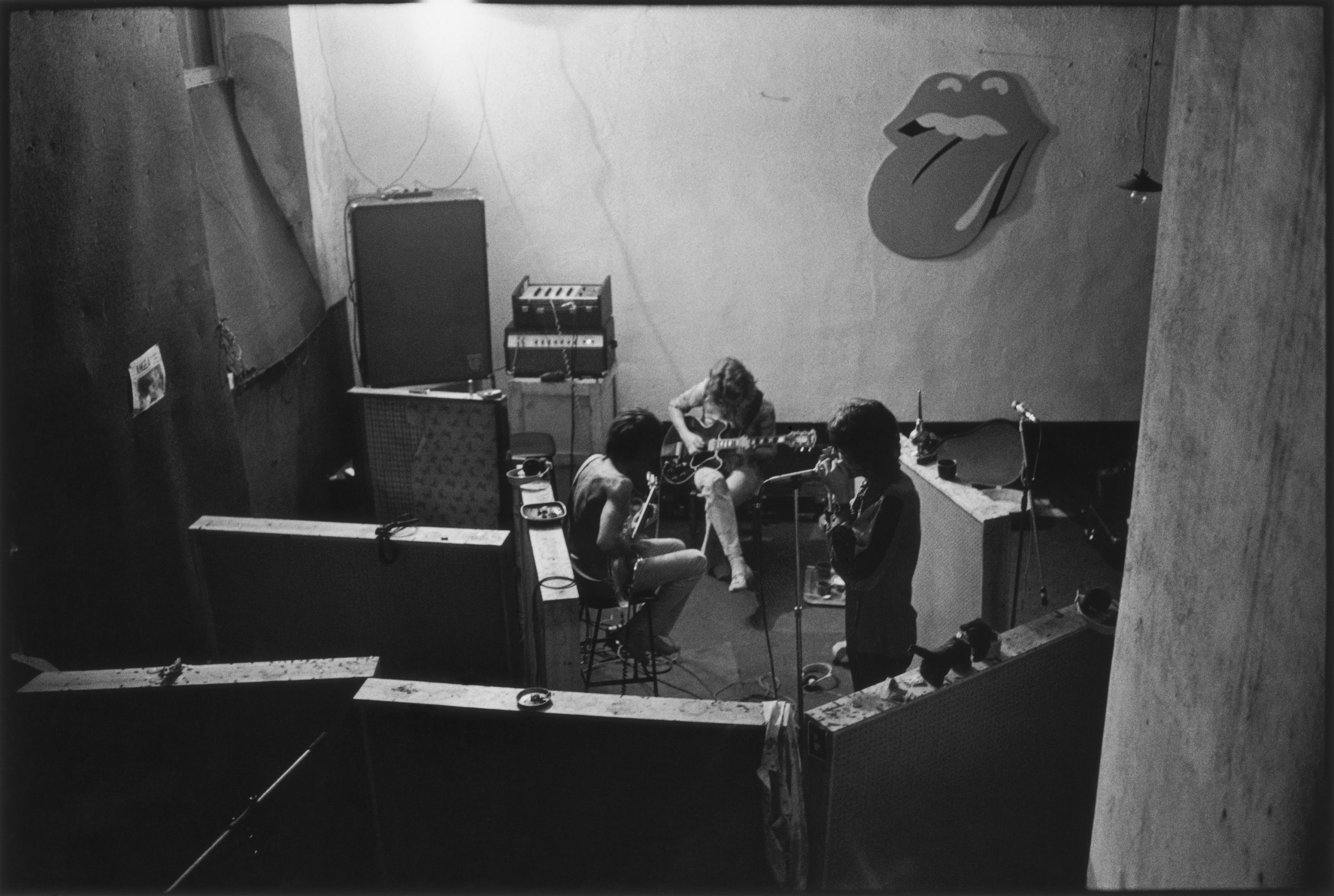 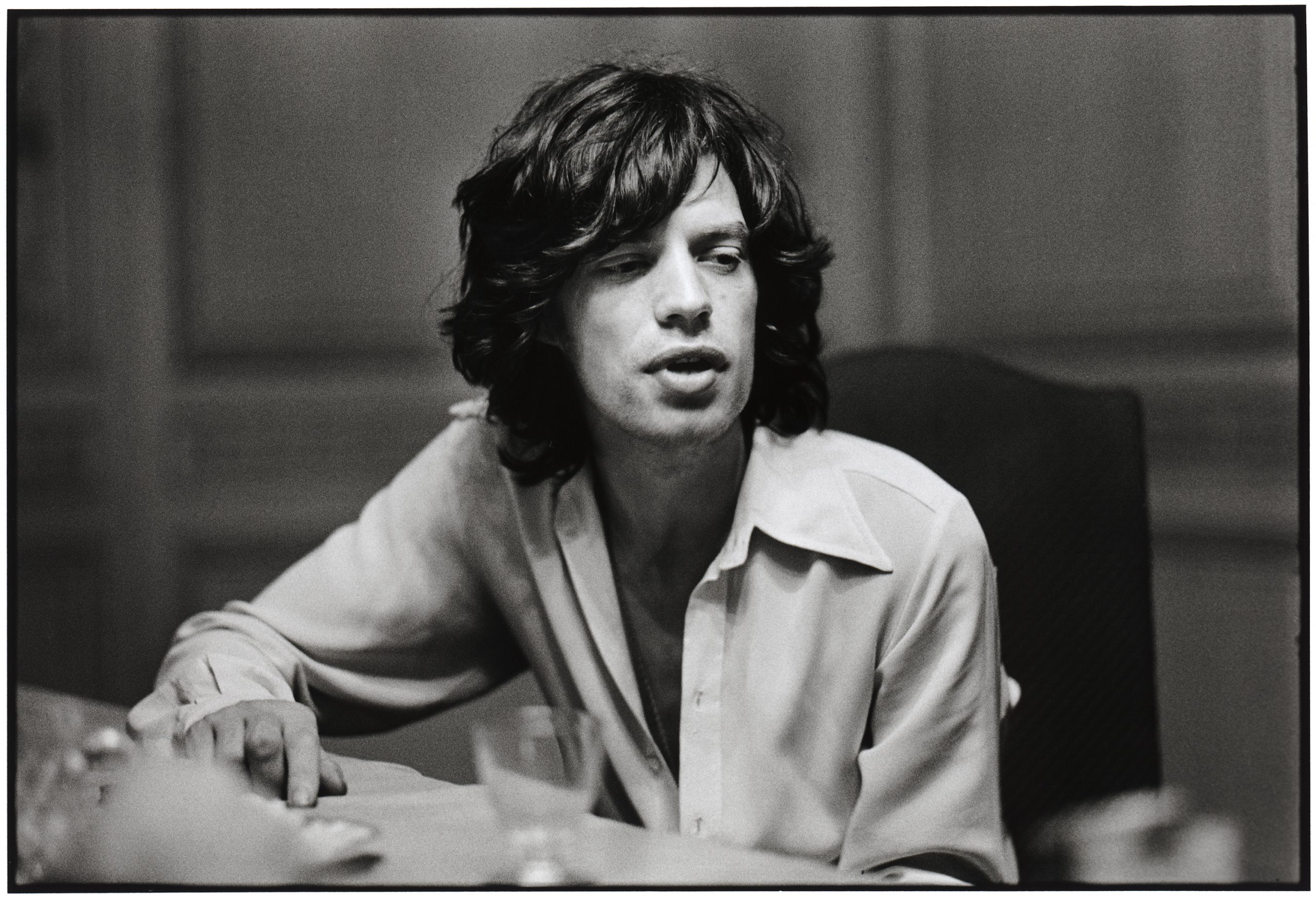 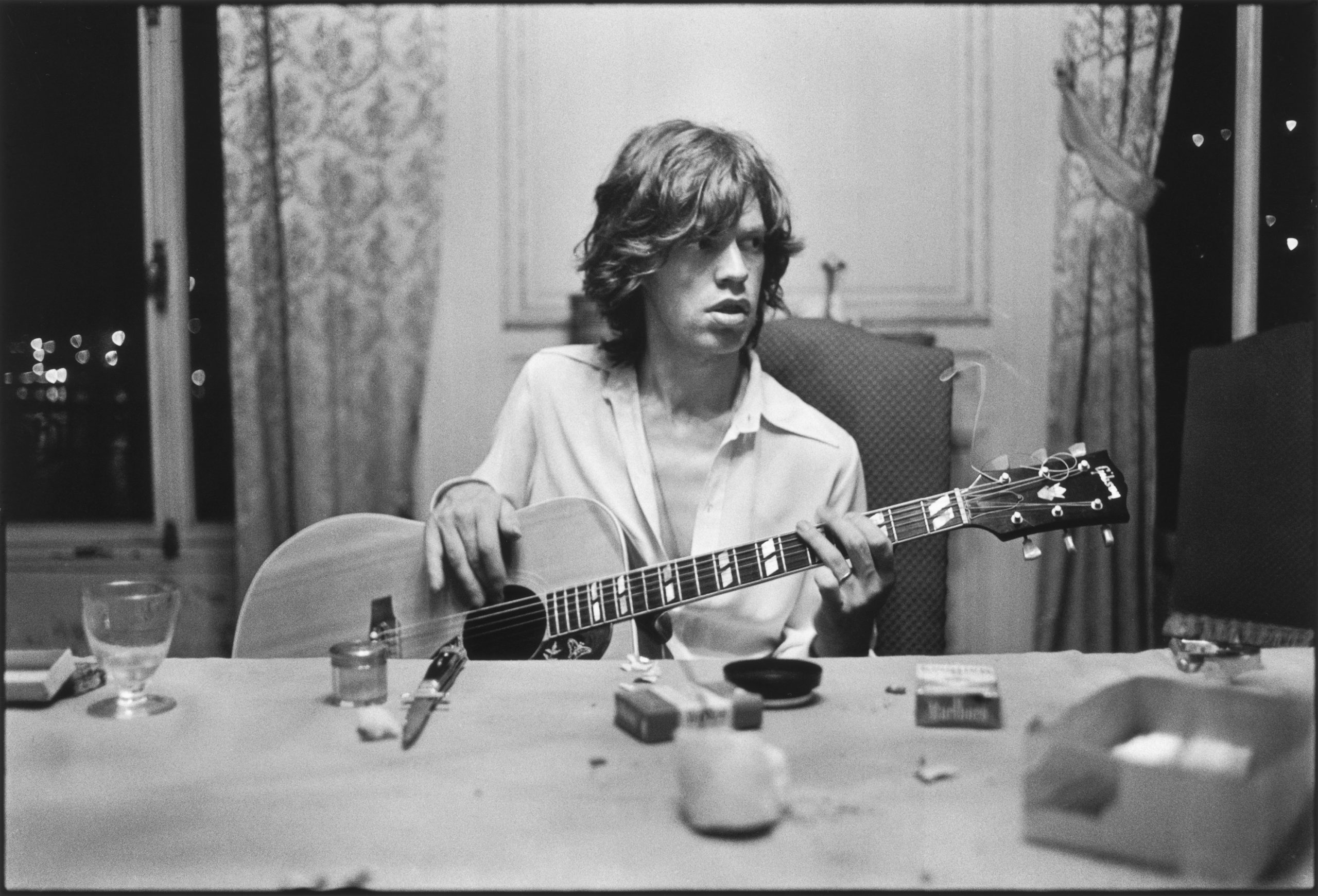 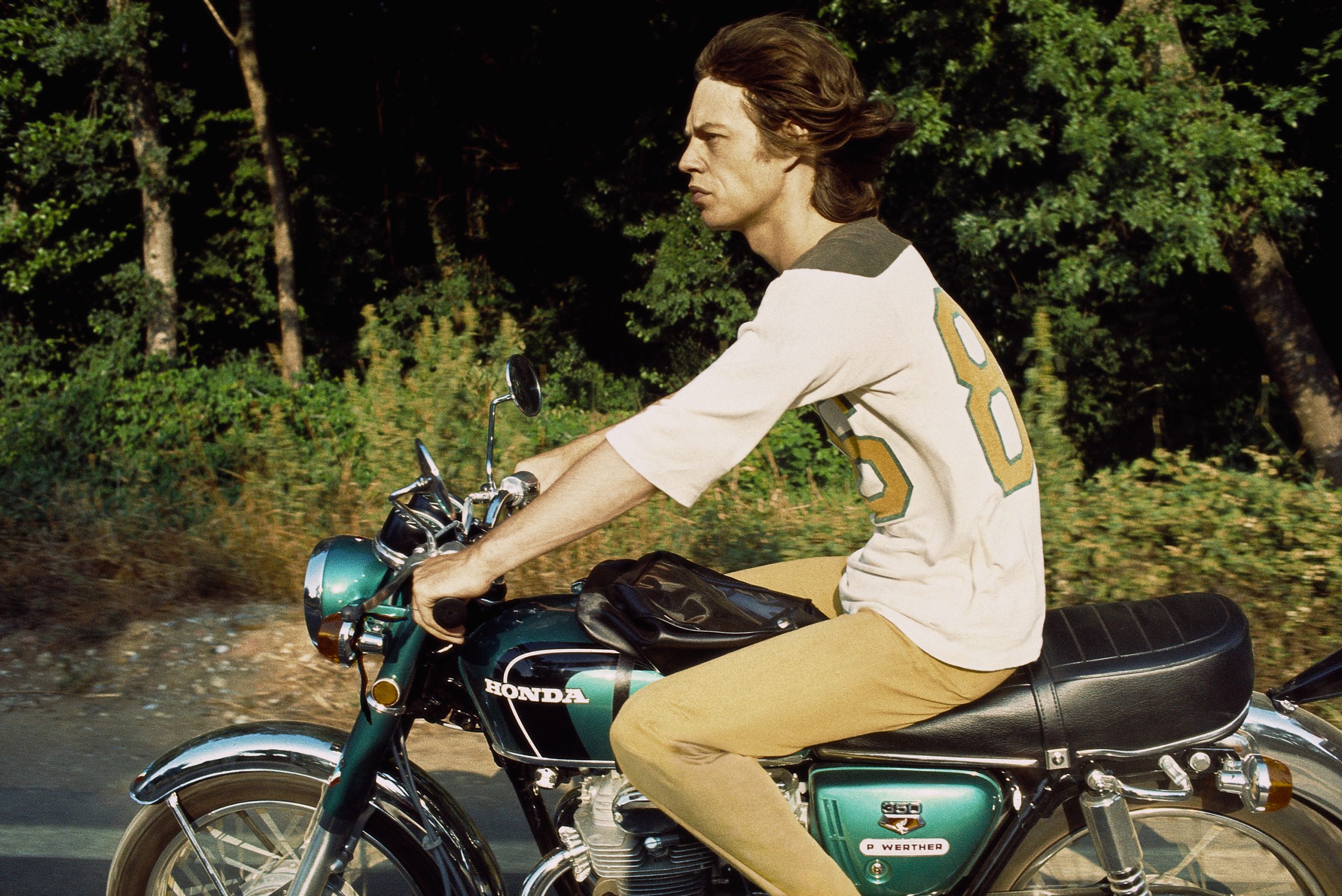 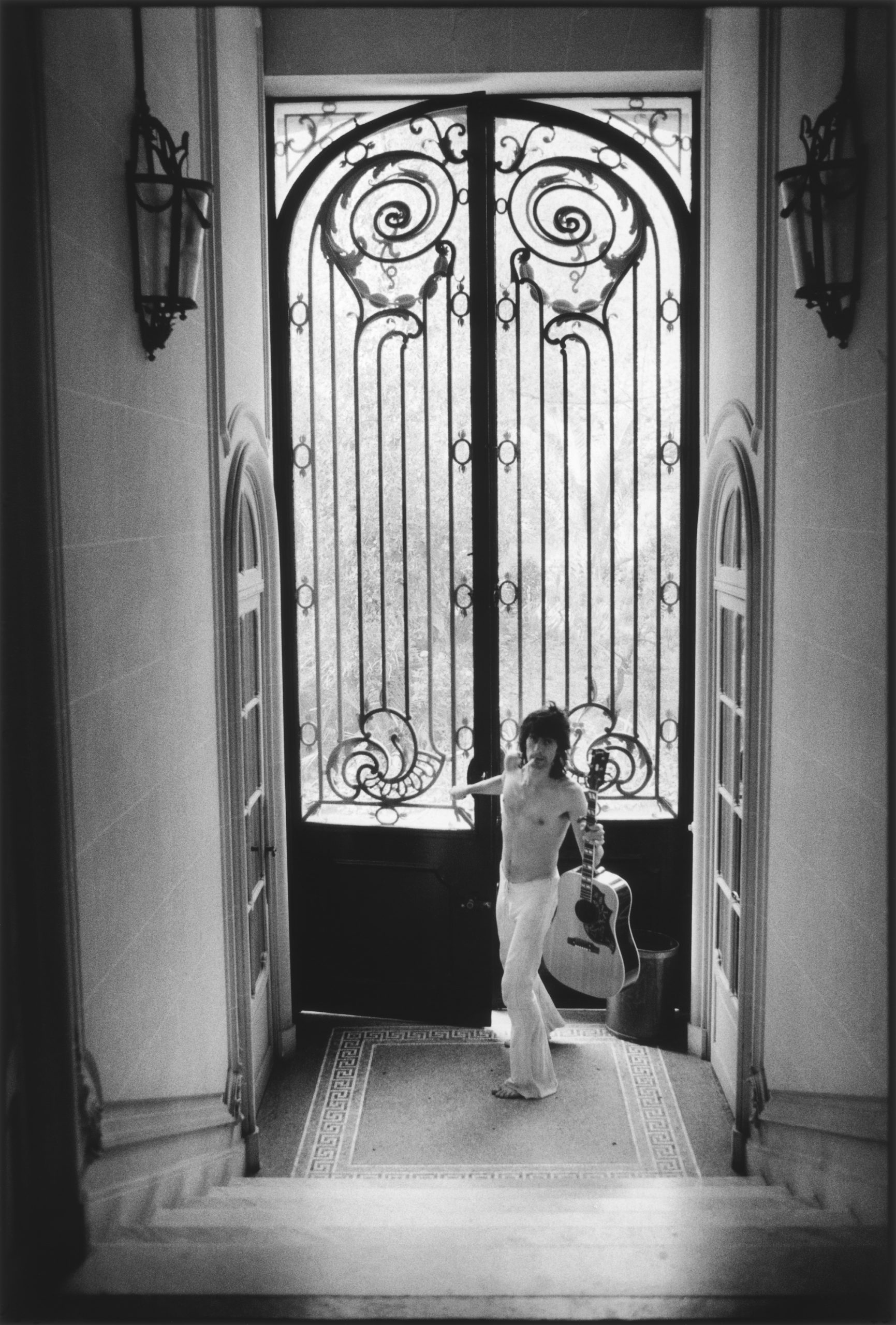 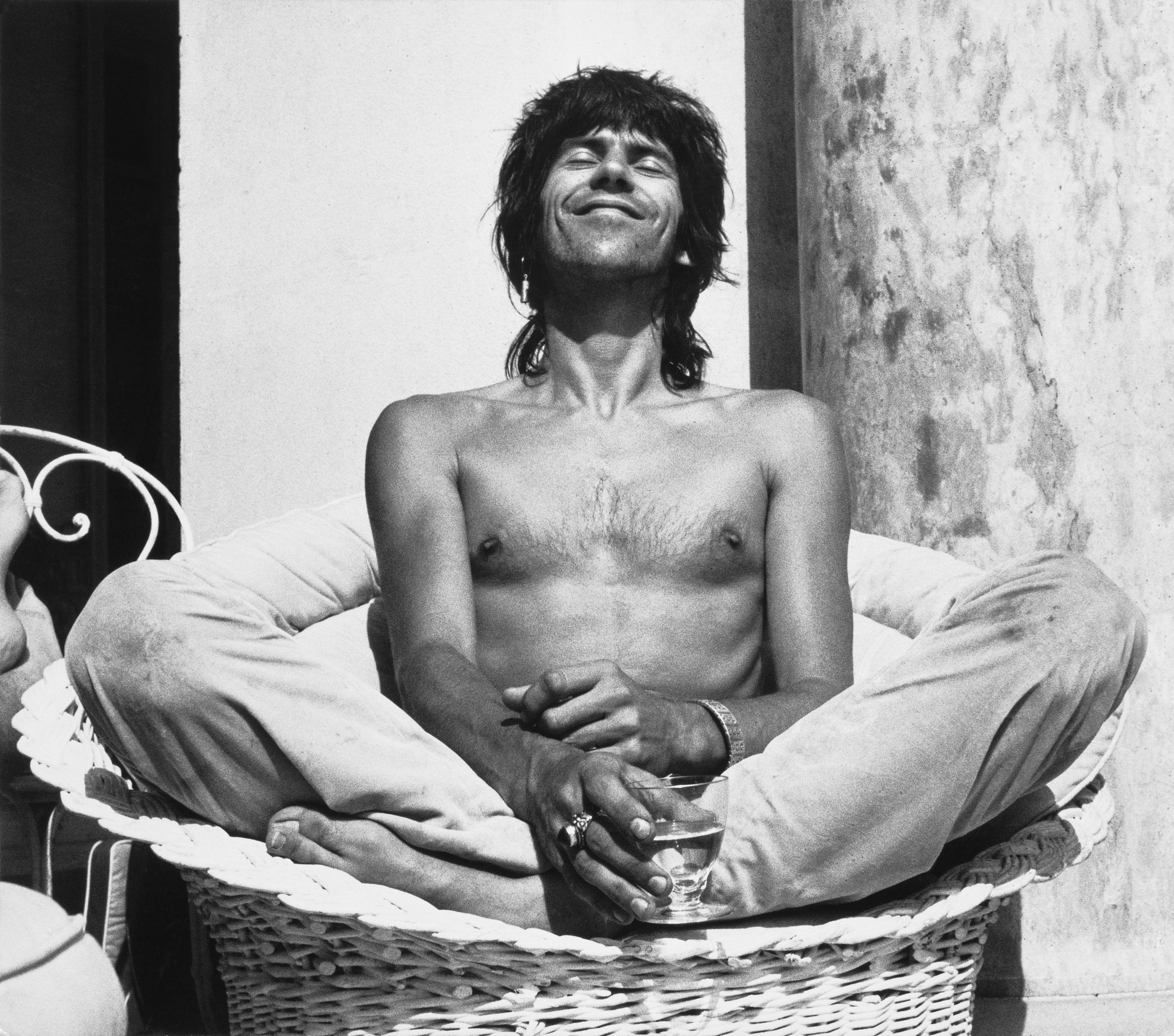 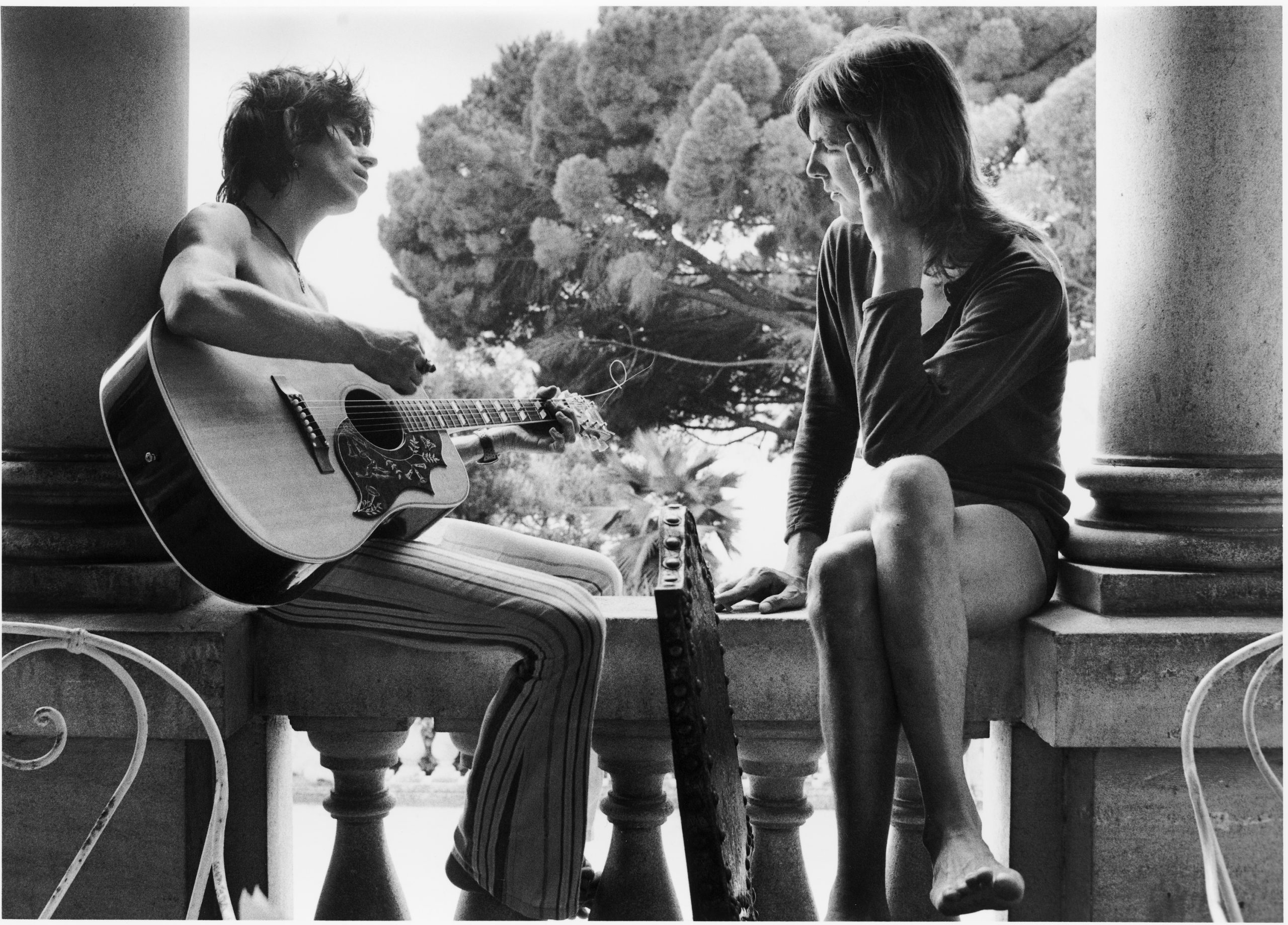 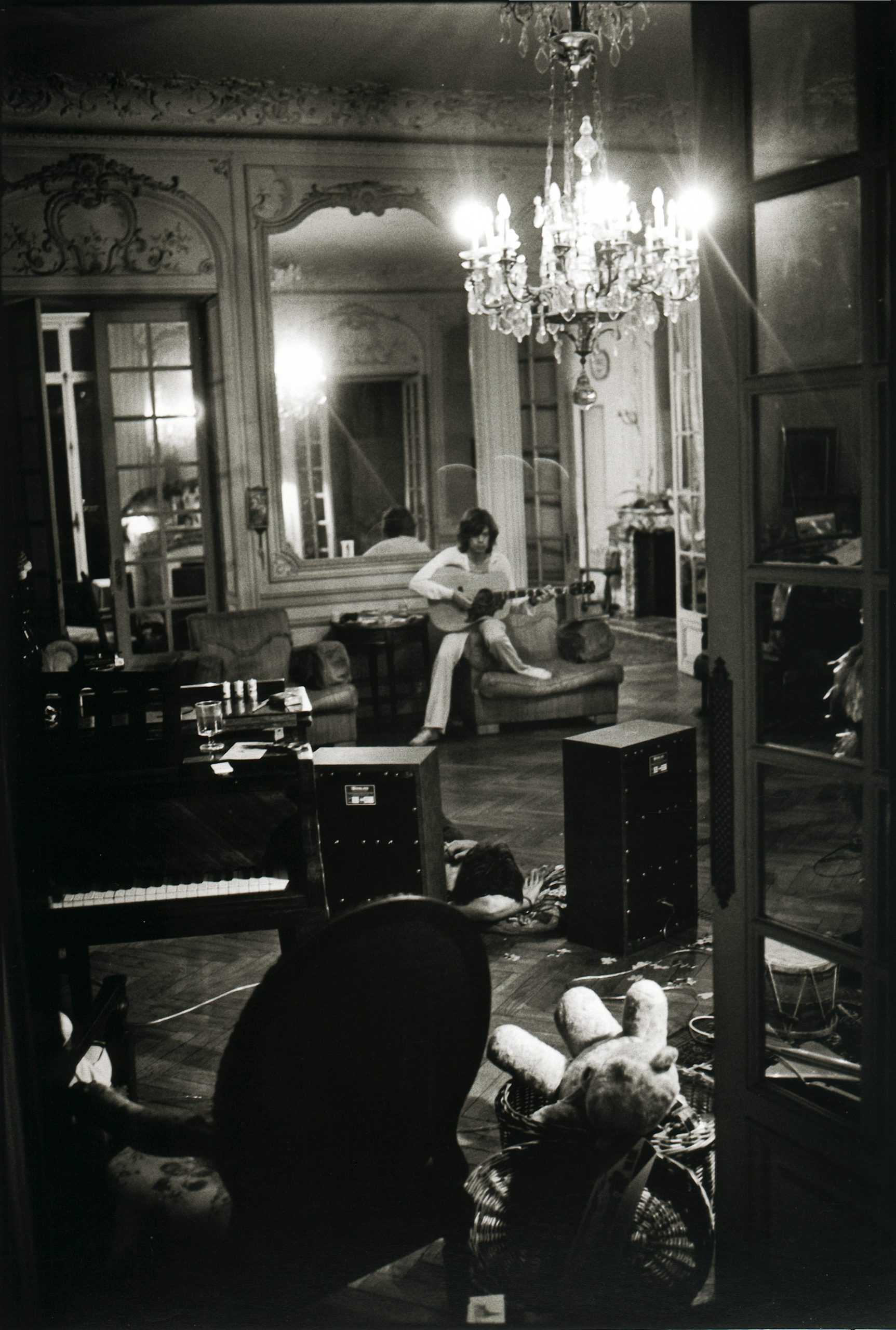 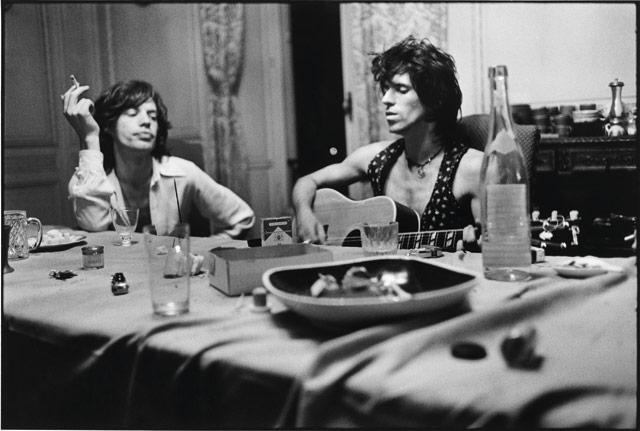 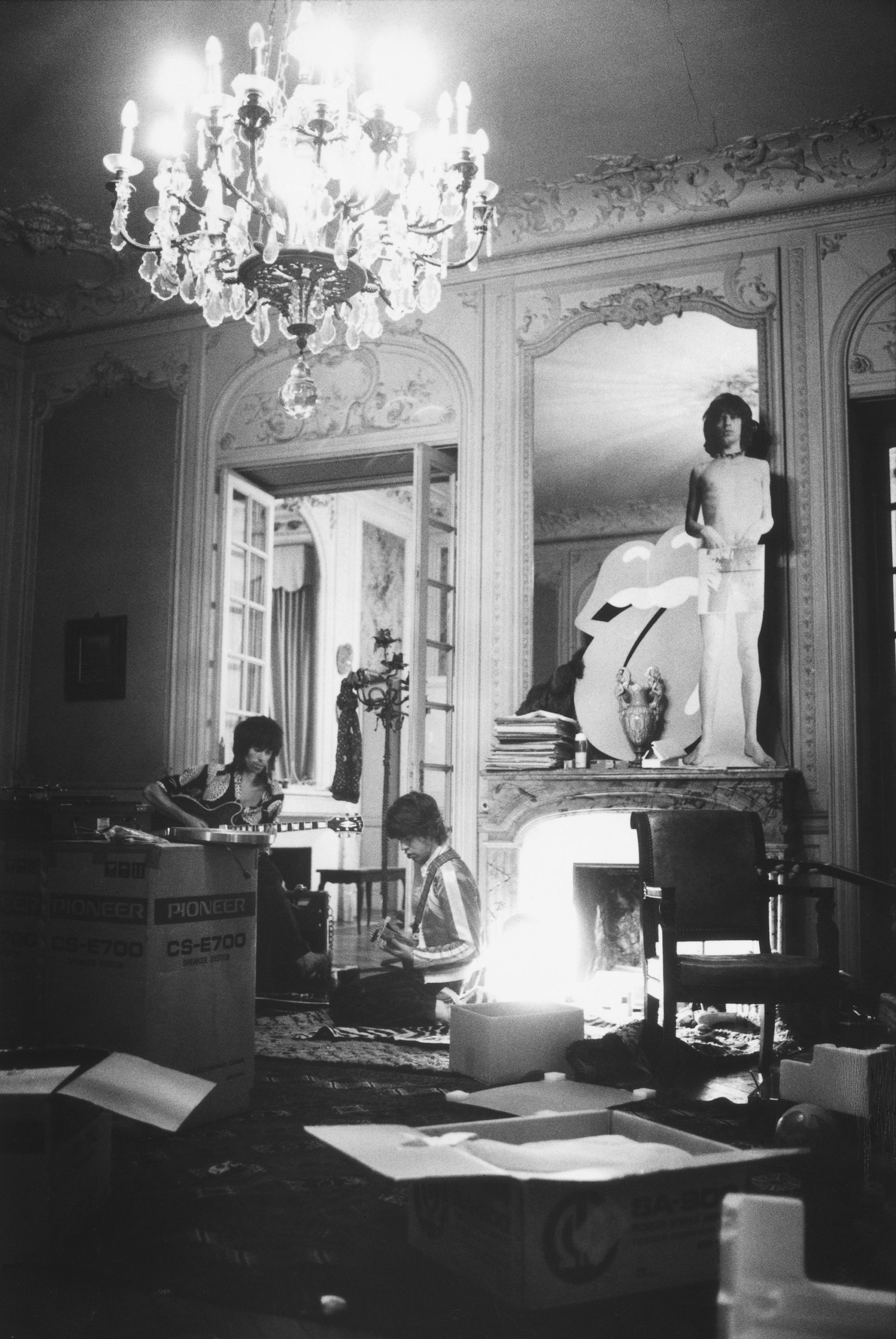 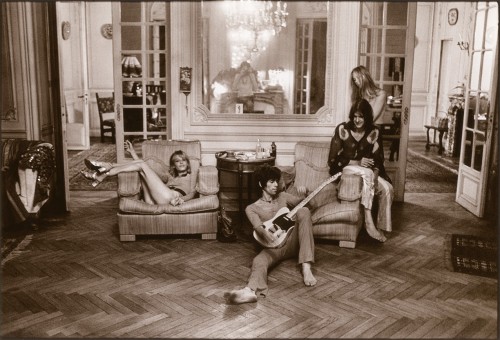