Chasing Paradise, the first UK solo exhibition by David Drebin comprises large-scale photographic works created between 2011 and 2015. The exhibition will showcase a selection of landscapes alongside staged scenes incorporating femmes fatales with an unsettling sense of narrative. Underpinning the disparate selection of works in the exhibition is a pervasive suggestion of voyeurism combined with a veneer of glamour masking an unsettling reality.

The cities of New York, Los Angeles, Tokyo and Cannes are captured by Drebin in cinematic splendour. At dusk, dawn, in mist or under the veil of night, Drebin’s dramatic cityscapes are shot from a birds-eye perspective depicting the sheer scale of each location with a sense of expectation as to the mystery and intrigue contained within the city. 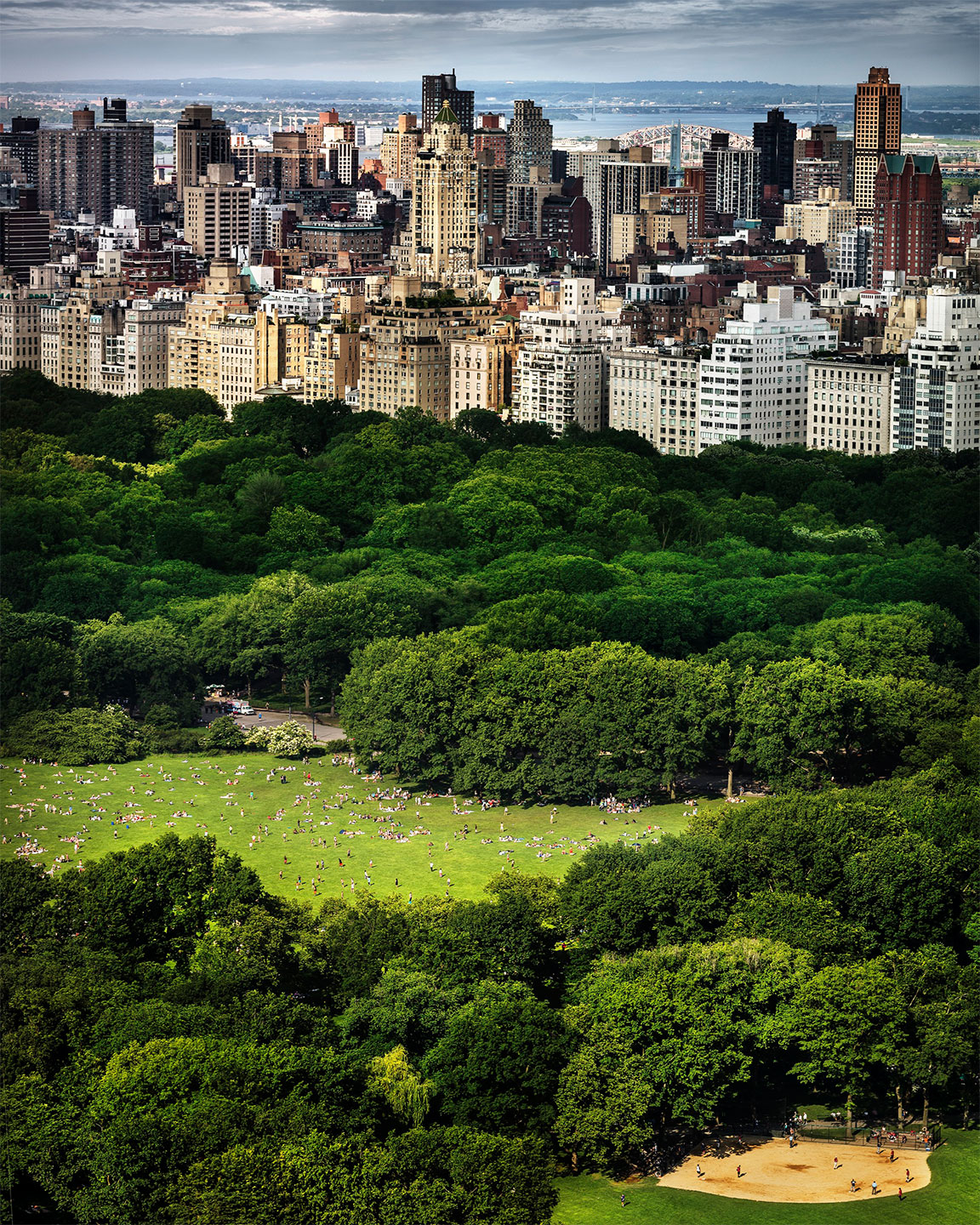 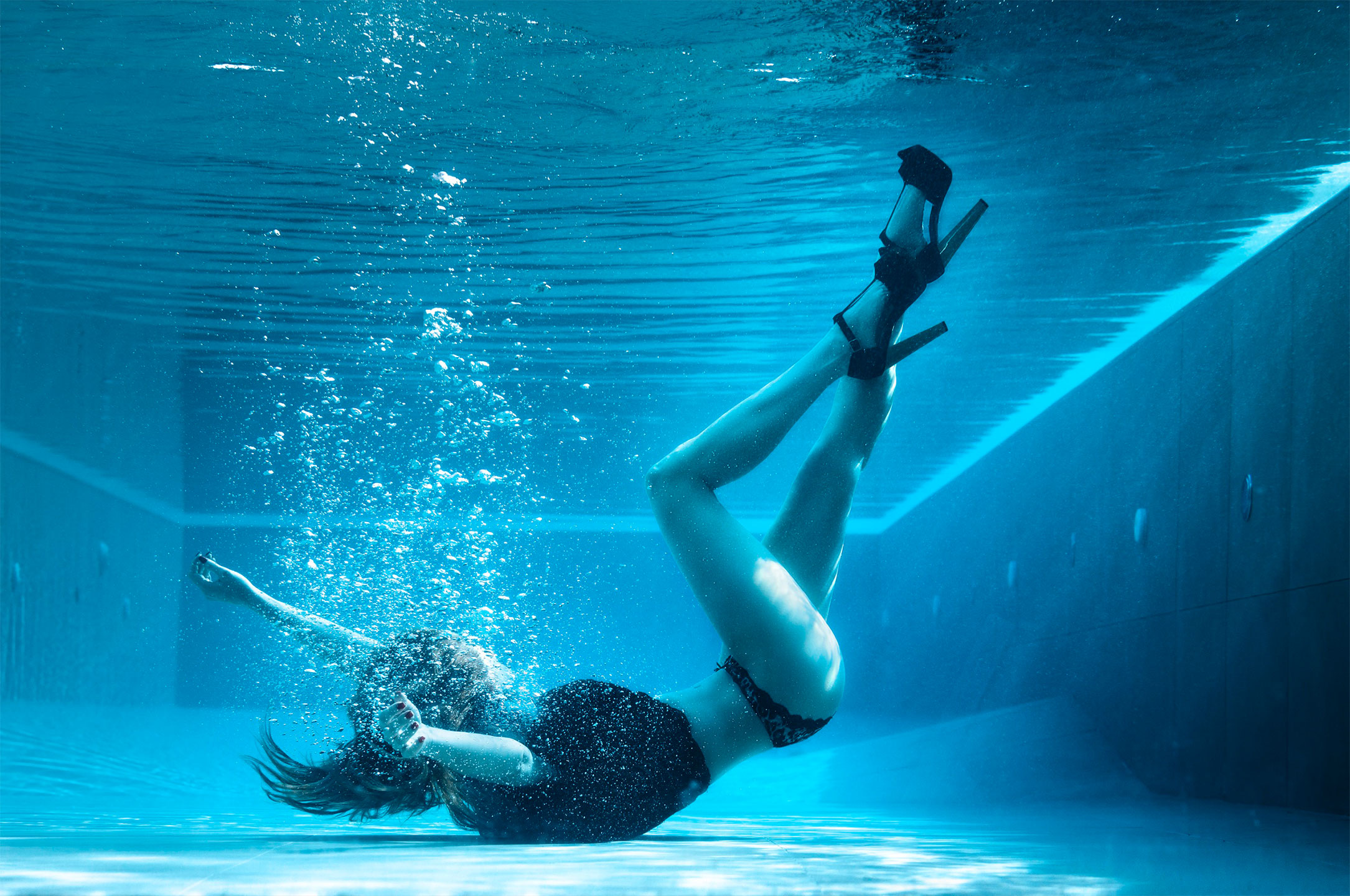 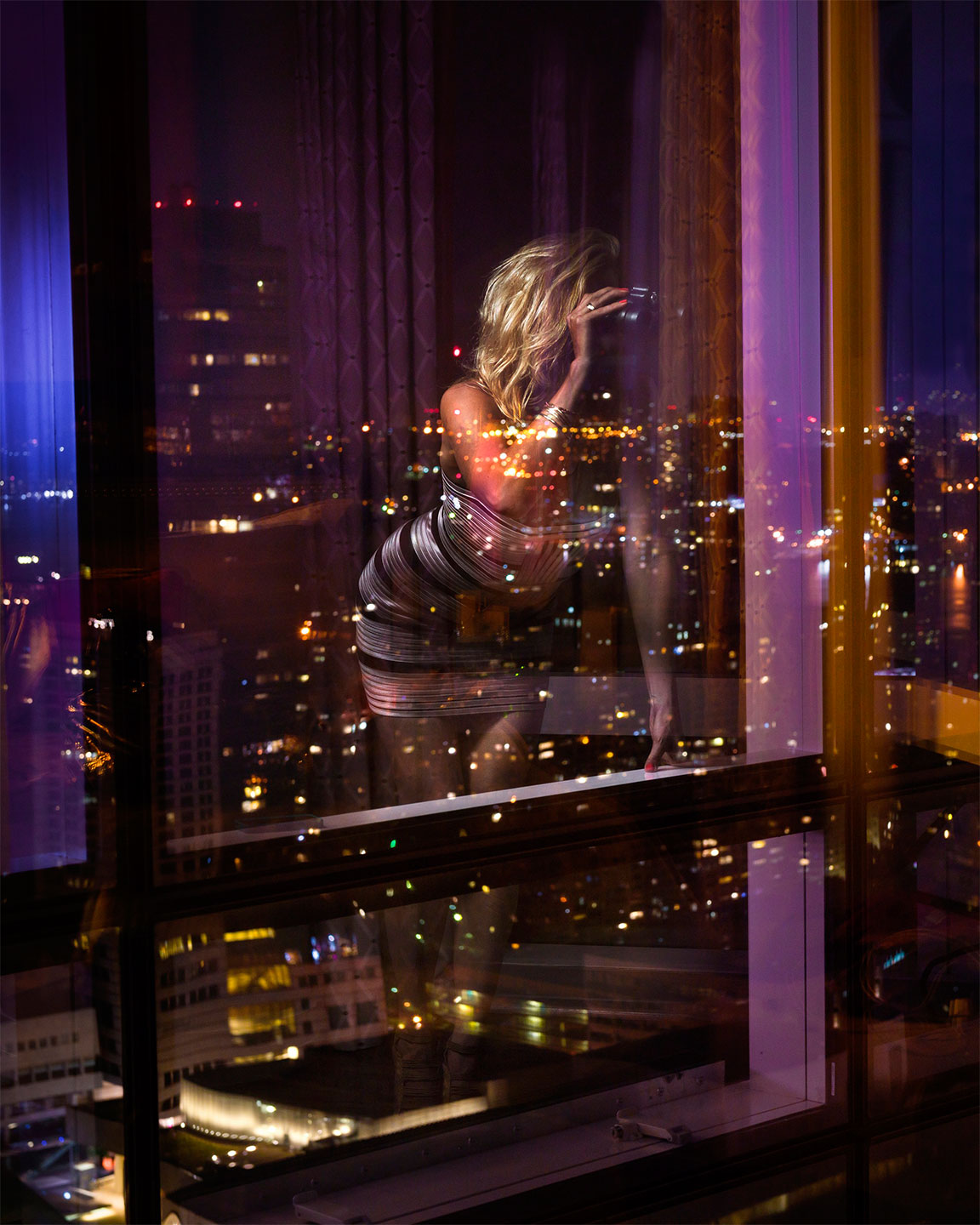 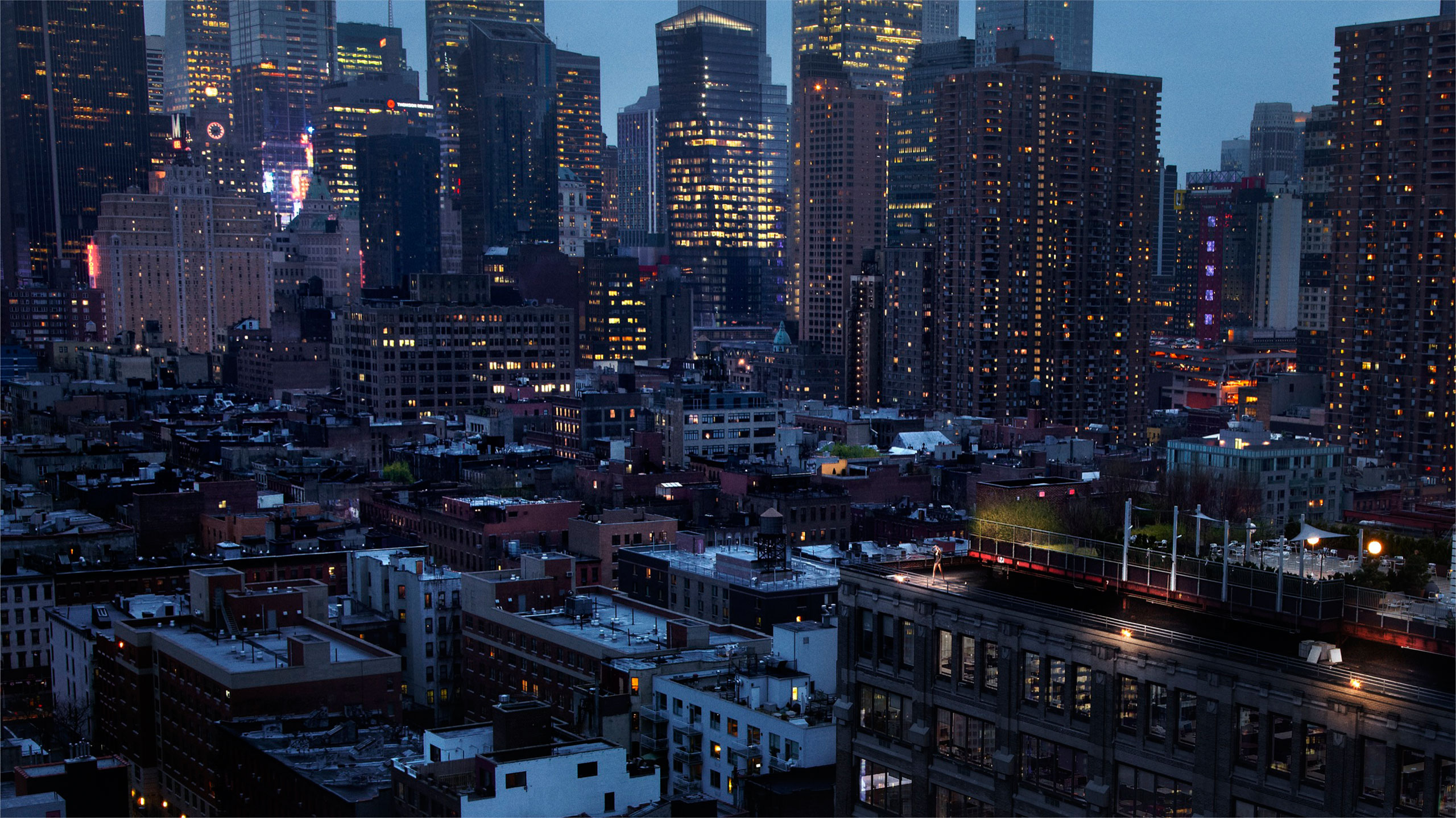 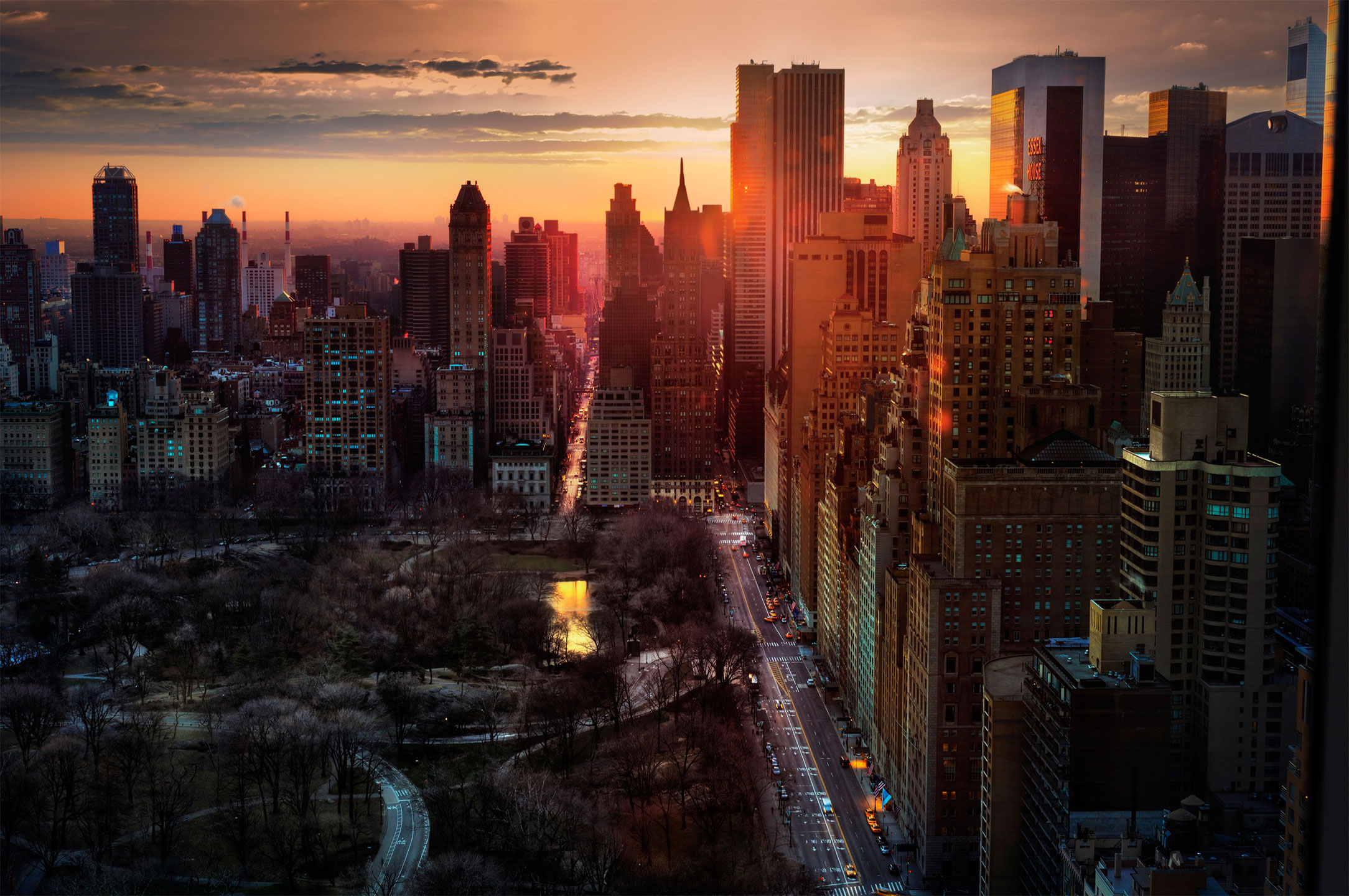 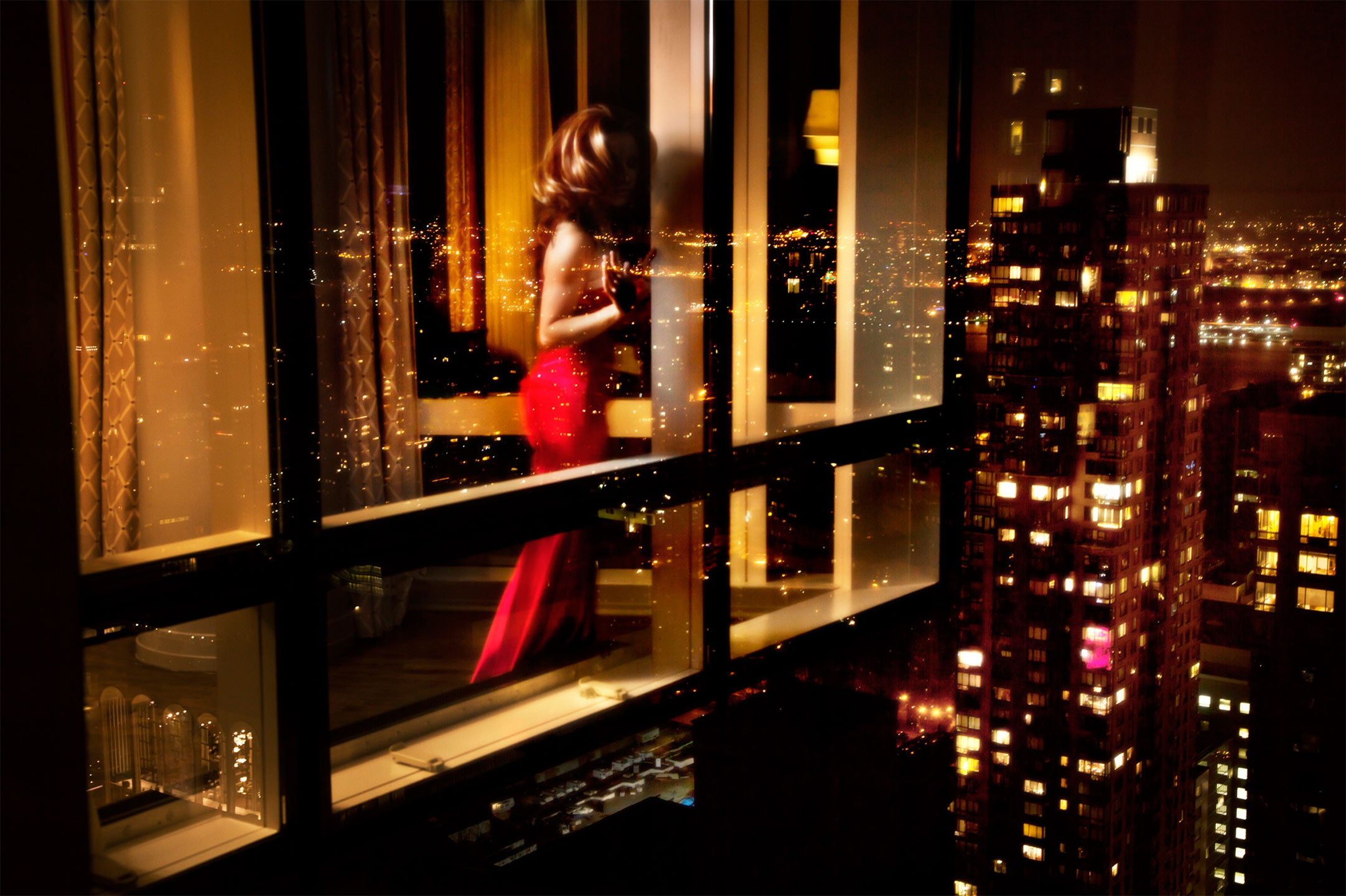