A true pioneer of photographic art, inspired by the Constructivist camera-less photography of Làszló Moholy-Nagy and by Man Ray’s Surrealist photograms or “Rayographs”, Floris Neusüss has dedicated his whole career to the practice, study and teaching of the photogram, exploring its technical and visual possibilities and pushing the boundaries of the medium. Photograms are created by the placement of objects or in Floris’s case, human bodies, on light-sensitive paper or film, and once exposed to light, the shape of the object is revealed. The proximity of the object to the paper creates sharper or softer outlines and the intensity of the tones is dependent on the transparency of the objects and the amount of light used. The process is akin to “painting” with light, resulting in a ghostly-silhouetted negative image. Neusüss further departs from the conventional photogram by occasionally wiping a brush, sponge, or rag dipped into developer or fixer solution across the surface of the paper to produce controlled, painterly gestures. Sometimes he does not fix his prints, allowing the works to constantly change over the years and the photographic process to continue beyond the darkroom. 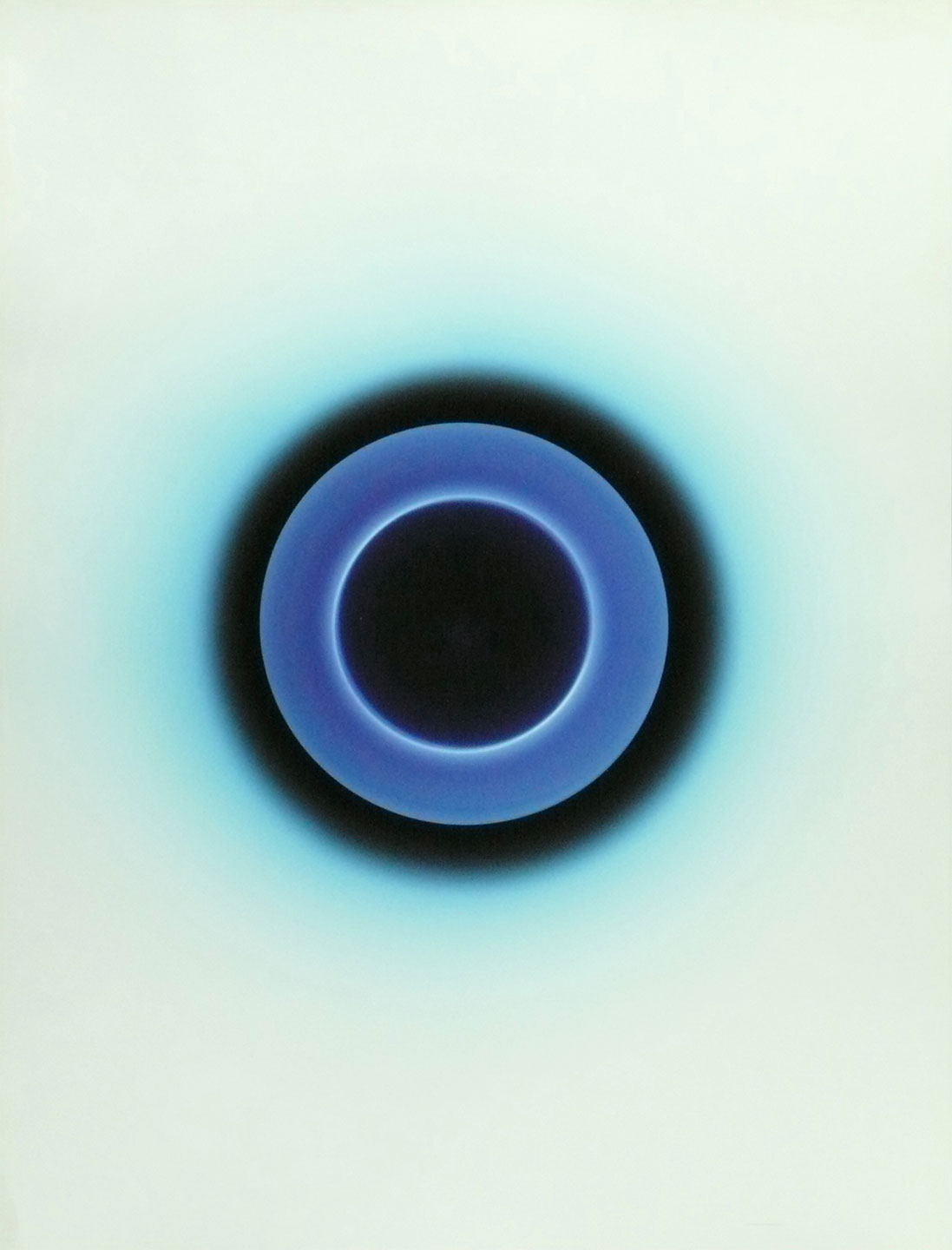 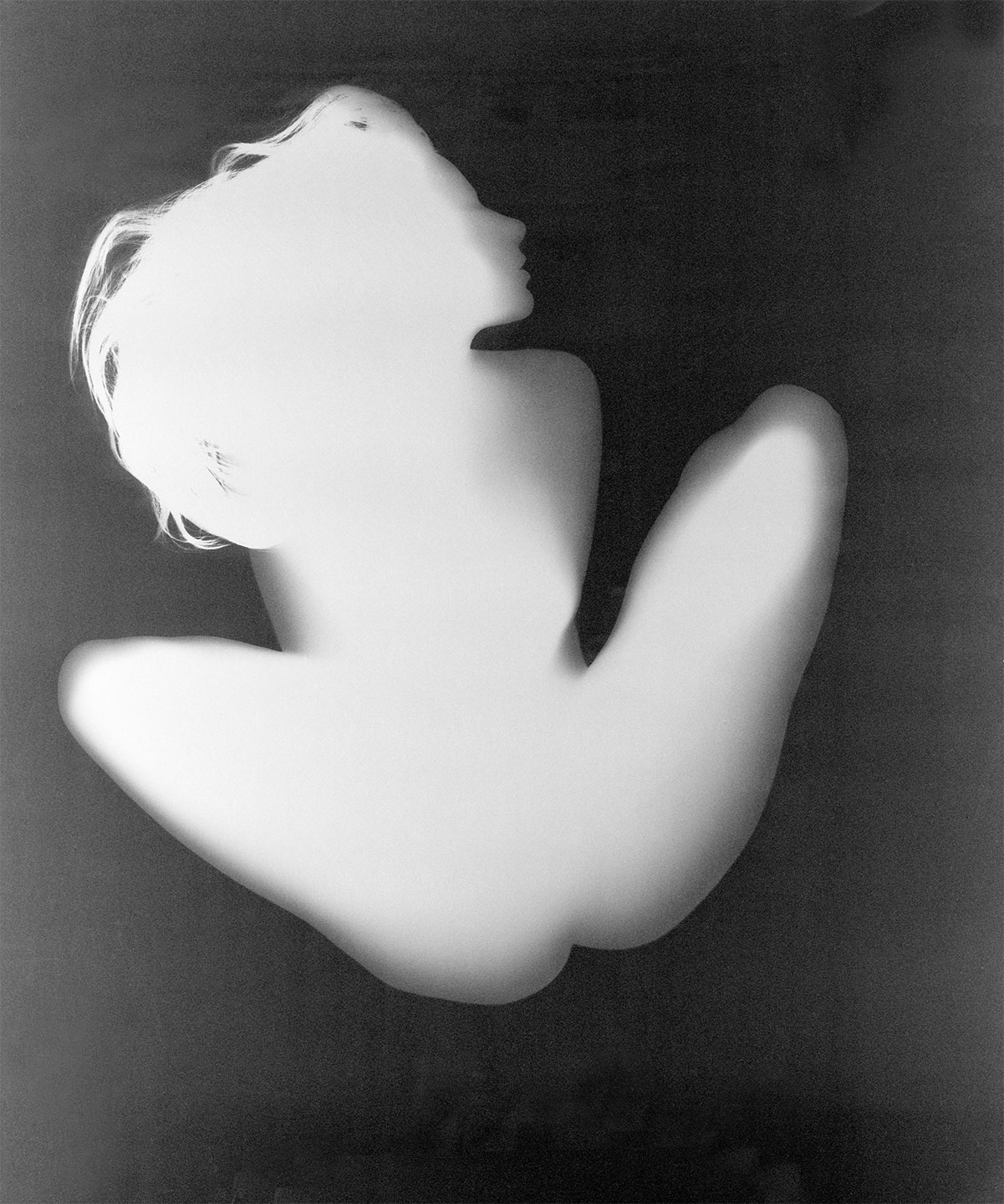 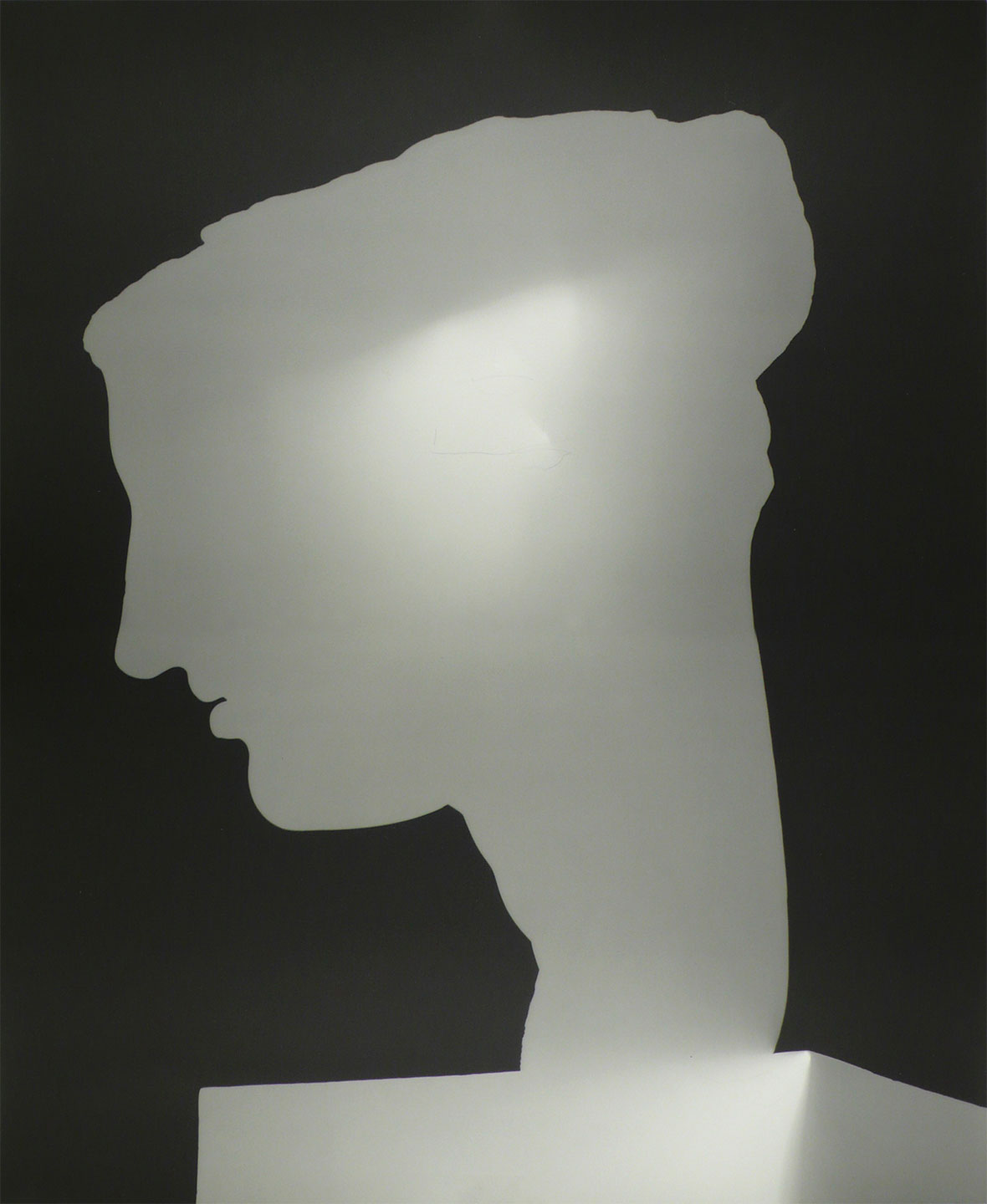 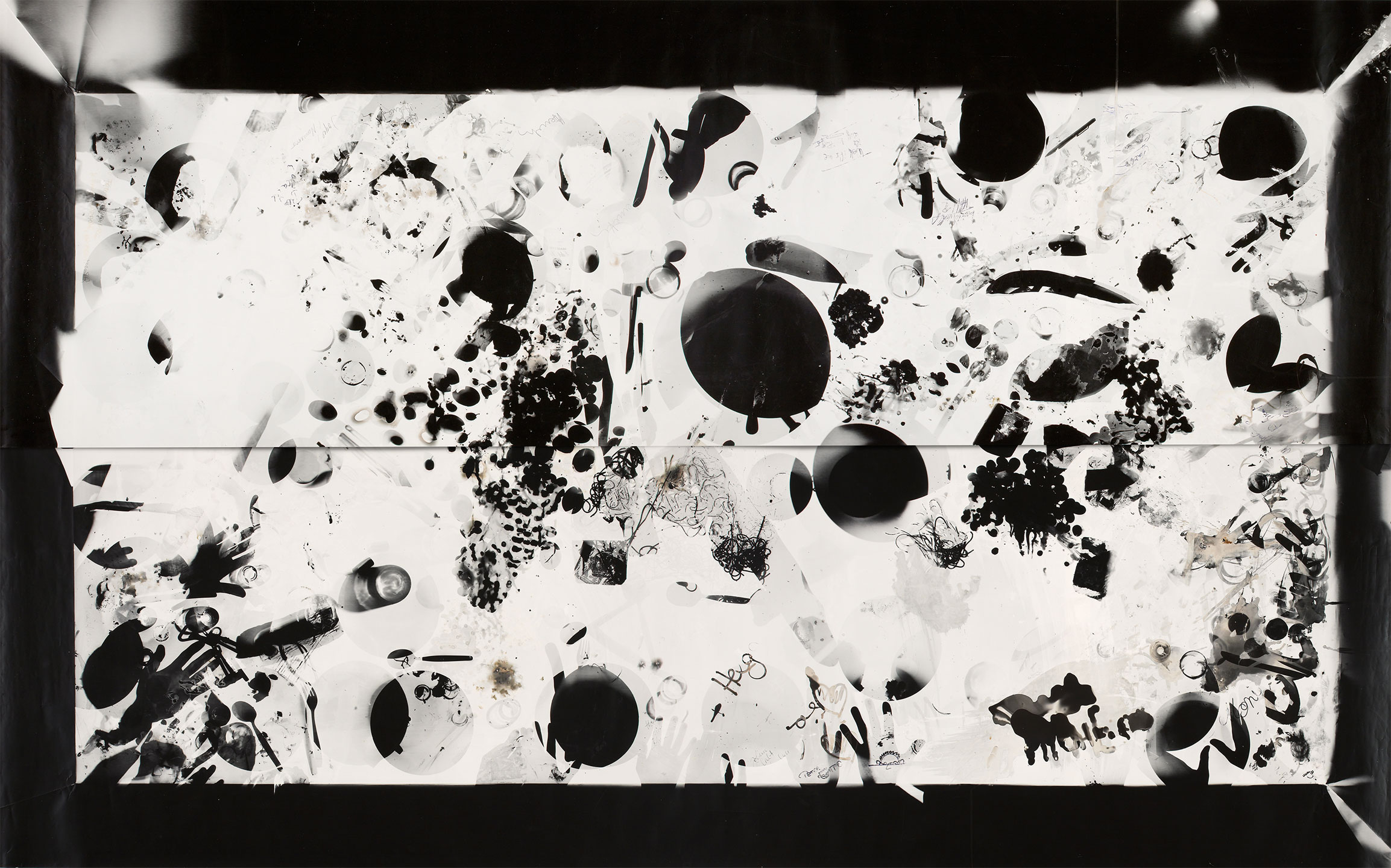