Kacper Kowalski is a pilot and a photographer. From his home in Gdynia, on Poland’s Baltic coast, Kowalski has explored the surrounding region from the air for years. The region is famous for its large swathes of forests, dotted with lakes and meandering rivers. In autumn, the varied patches of forest come out in a riot of colours, their leaves drying at different rates and exposing the thick undergrowth and waterways. Kowalski’s project ‘Seasons’ (within the series Side Effects) was produced over the best part of a decade. It presents the Gdynia region in all four seasons, showing nature’s beauty as it changes through the year. His intention for the project is to start a discussion about what is good or bad, necessary or optional, in the relationship between humans and nature.

For Kowalski, the content of the photo is less important than the reactions, reflections, and ideas that arise when looking at it. The photographs were shot either from a paraglider or a gyroplane, some 150 meters above the ground. The camera is never connected to a remote control, and Kowalski never uses a drone. He wants to be up there, camera in hand, and he flies alone. 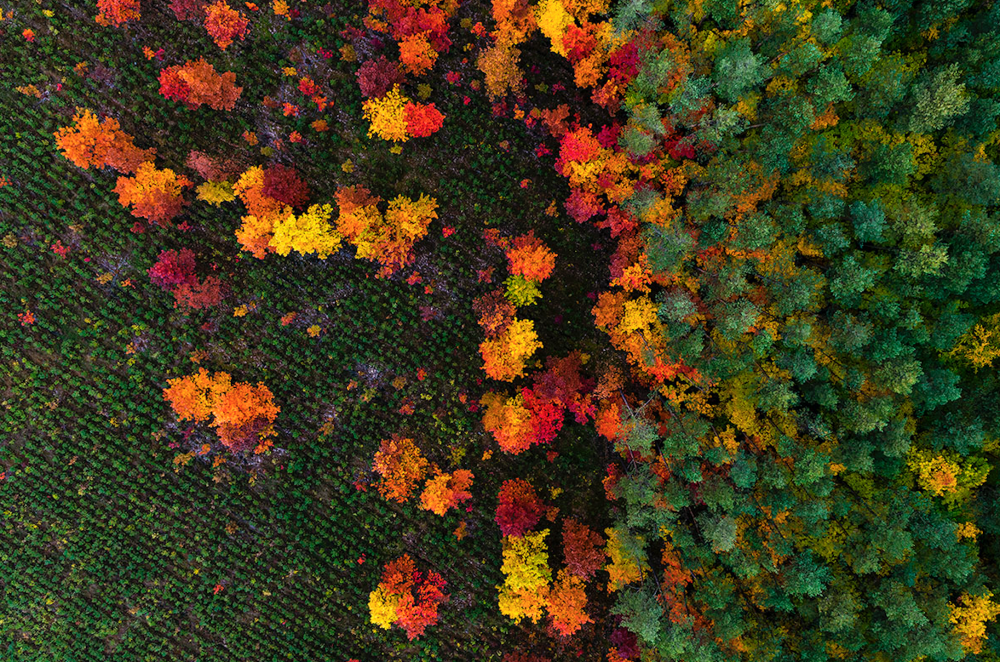 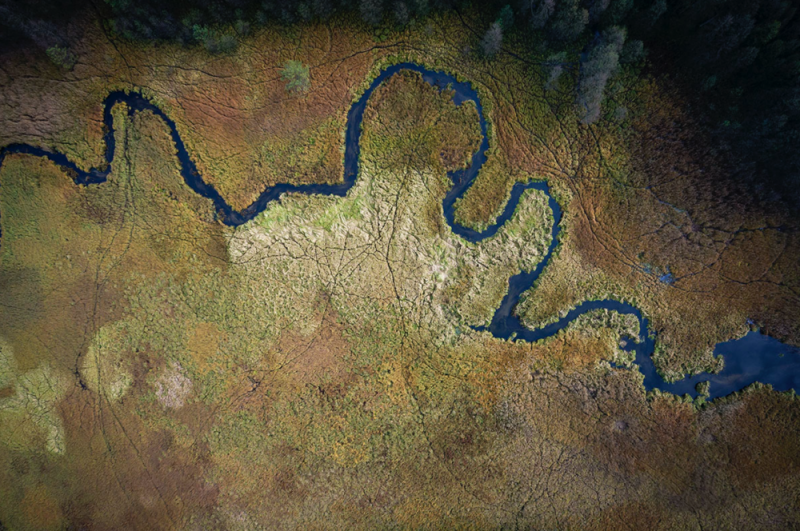