Born in England, Nick Brandt has devoted his photographic career to showing the disappearing natural world of East Africa, and its rapid destruction at the hands of man.

Starting in 2001, he photographed and published a trilogy of works, charting this progress from paradise to diminished reality. The consecutive titles of the books form one sentence: On This Earth, A Shadow Falls, Across the Ravaged Land.

In 2016, Brandt completed and published Inherit the Dust. In a series of epic panoramas, Brandt records the impact of man, in places where animals used to roam, but no longer do. In each location, Brandt erects a life-size panel of a previously unreleased animal portrait, setting the panels within a world of explosive urban development, factories, wasteland and quarries.

Nick Brandt’s work has been exhibited in solo exhibitions in museums and galleries around the world, including in New York, London, Los Angeles, Paris, Stockholm and Berlin.

Now living in California, in 2010, Brandt co-founded Big Life Foundation, a non-profit organisation devoted to protecting the wildlife and ecosystems of a large area of East Africa.

Underpass With Elephants
(Lean Back, Your Life Is On Track), 2015
Archival Pigment Print 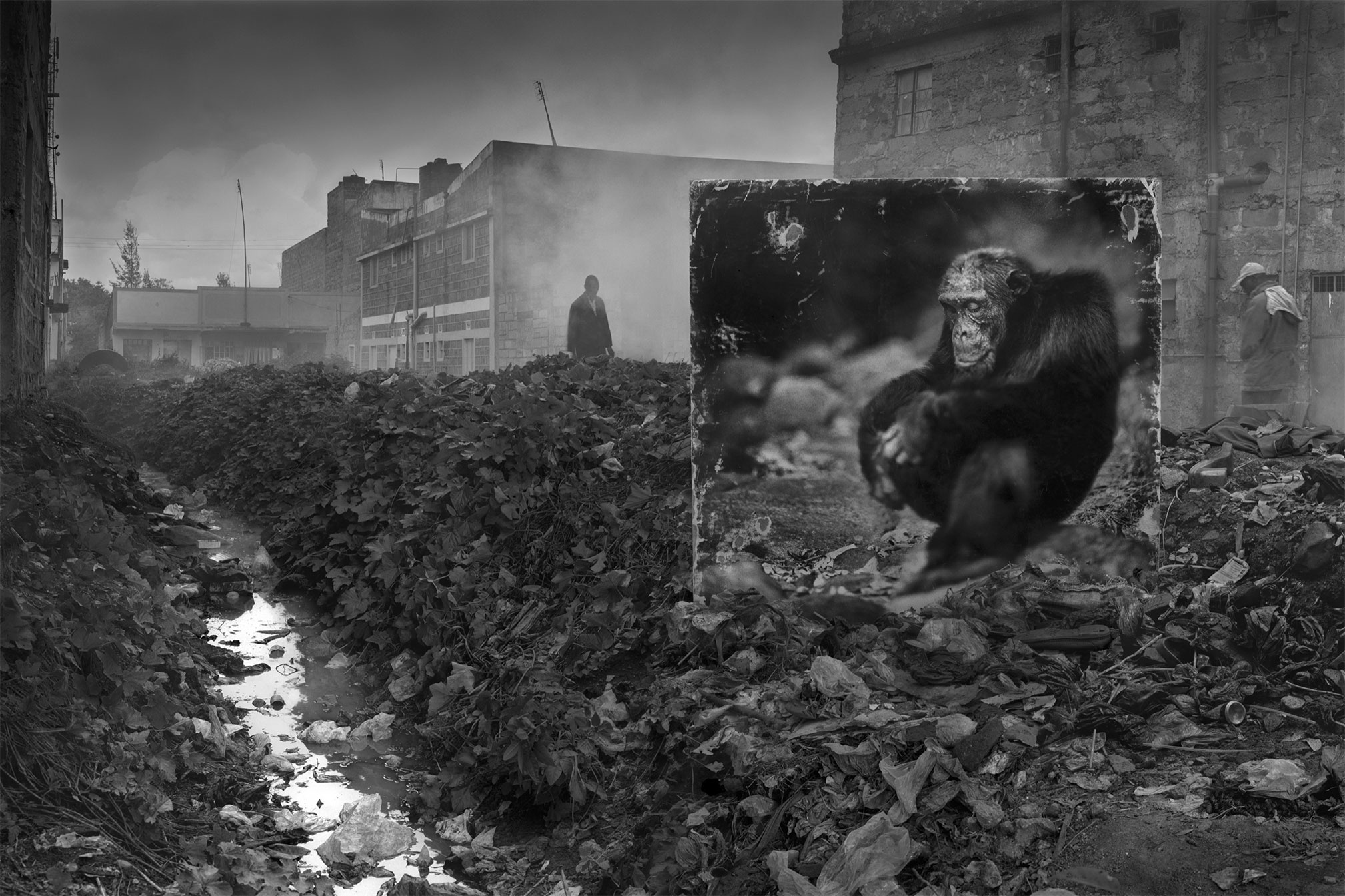 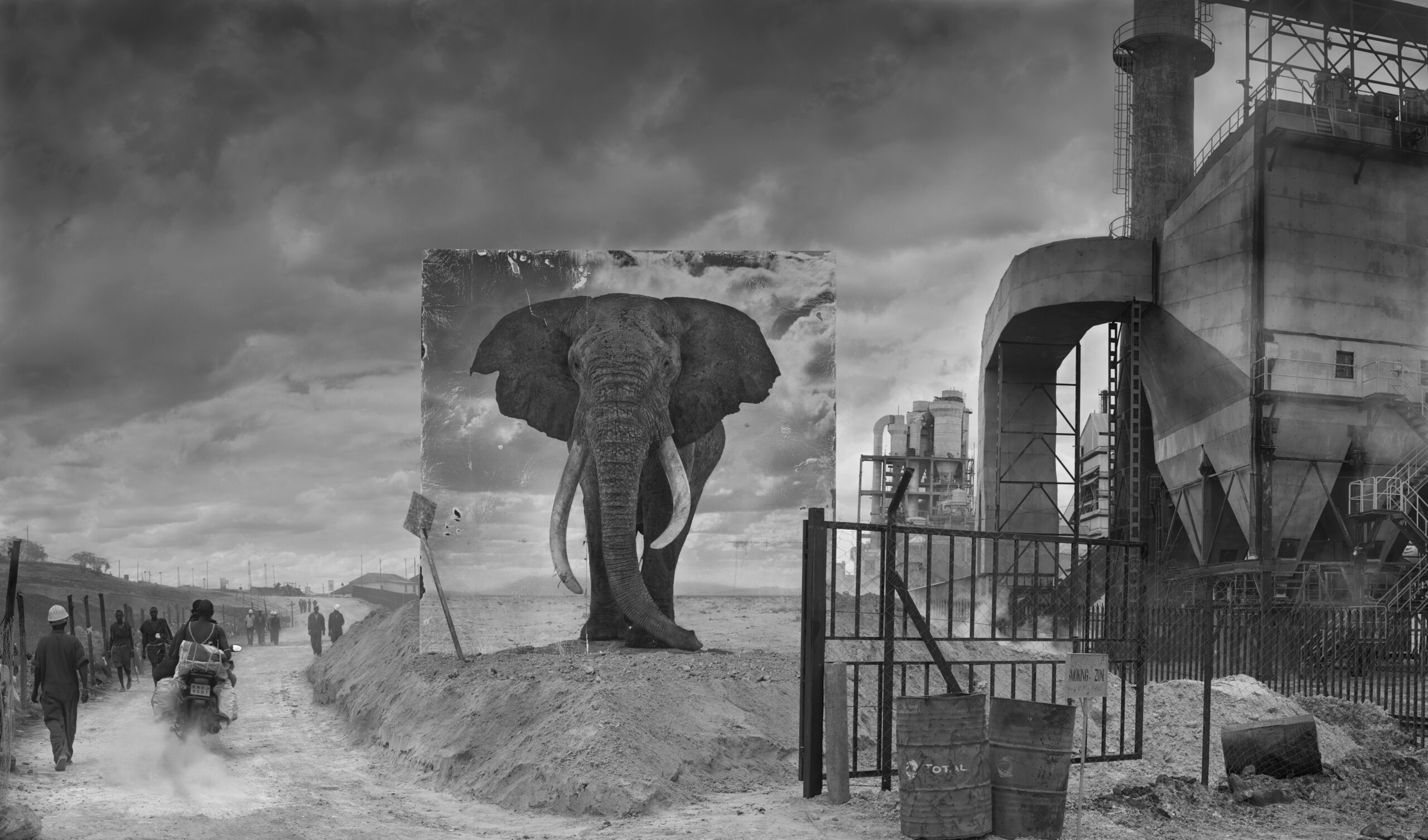 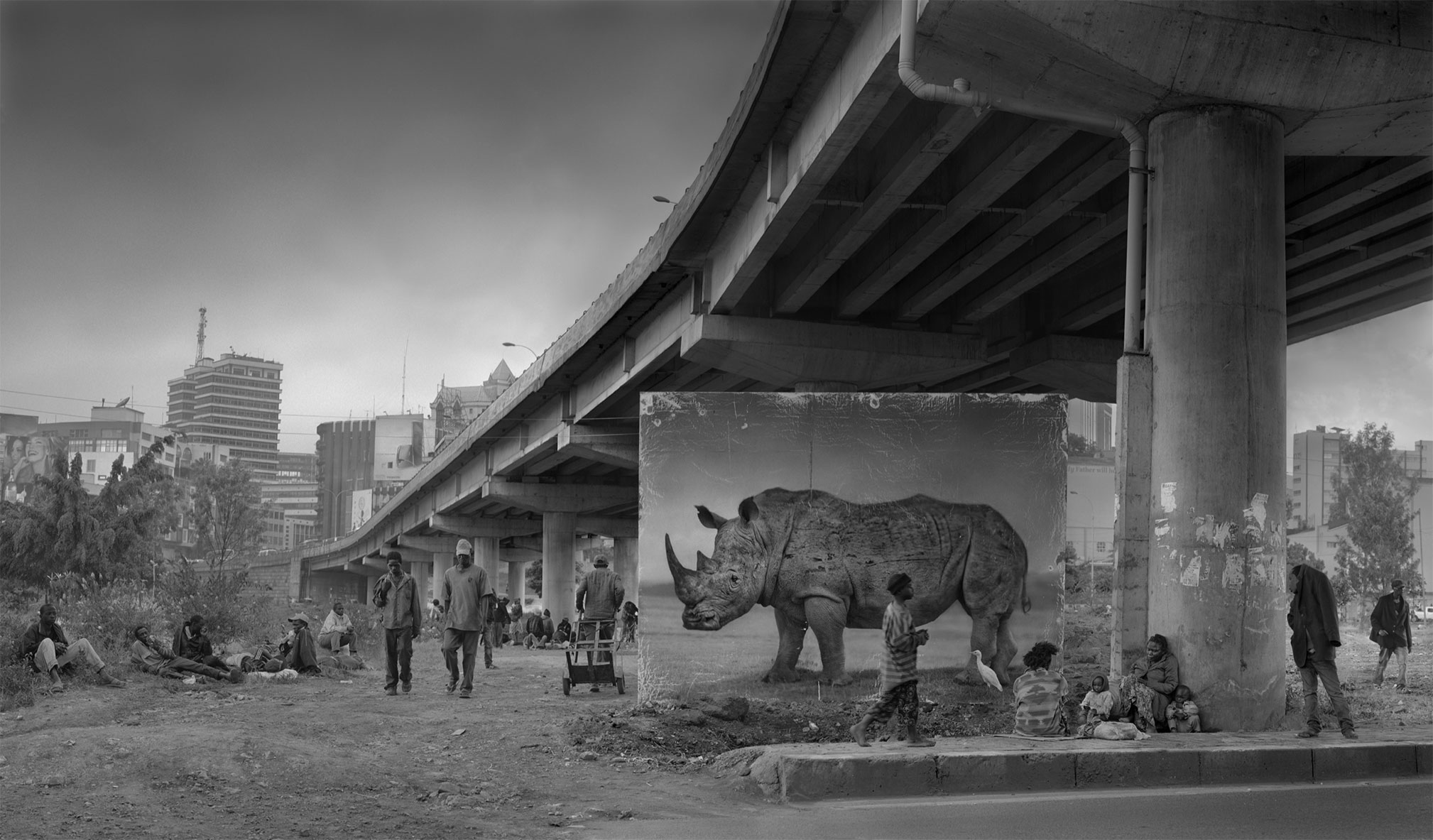 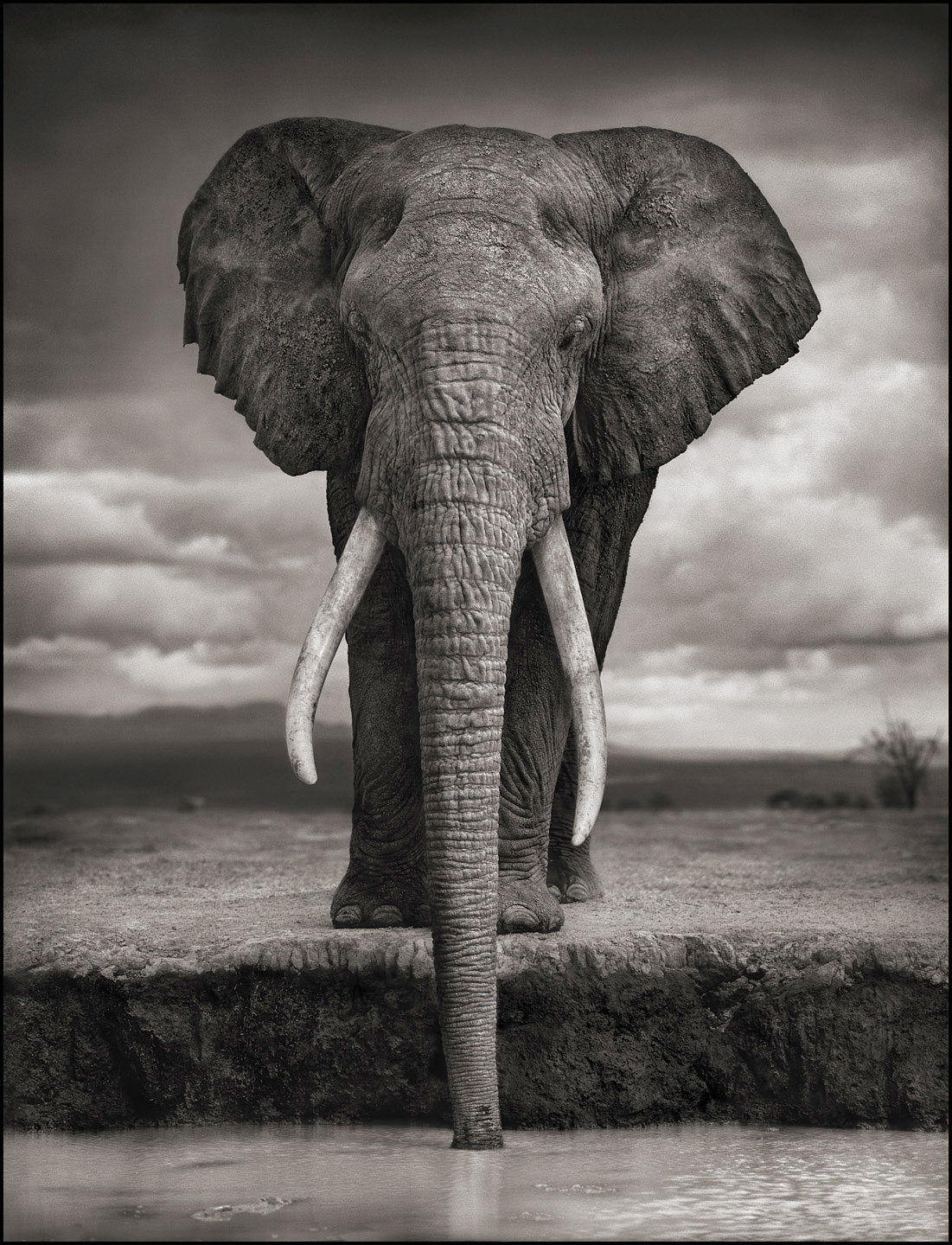 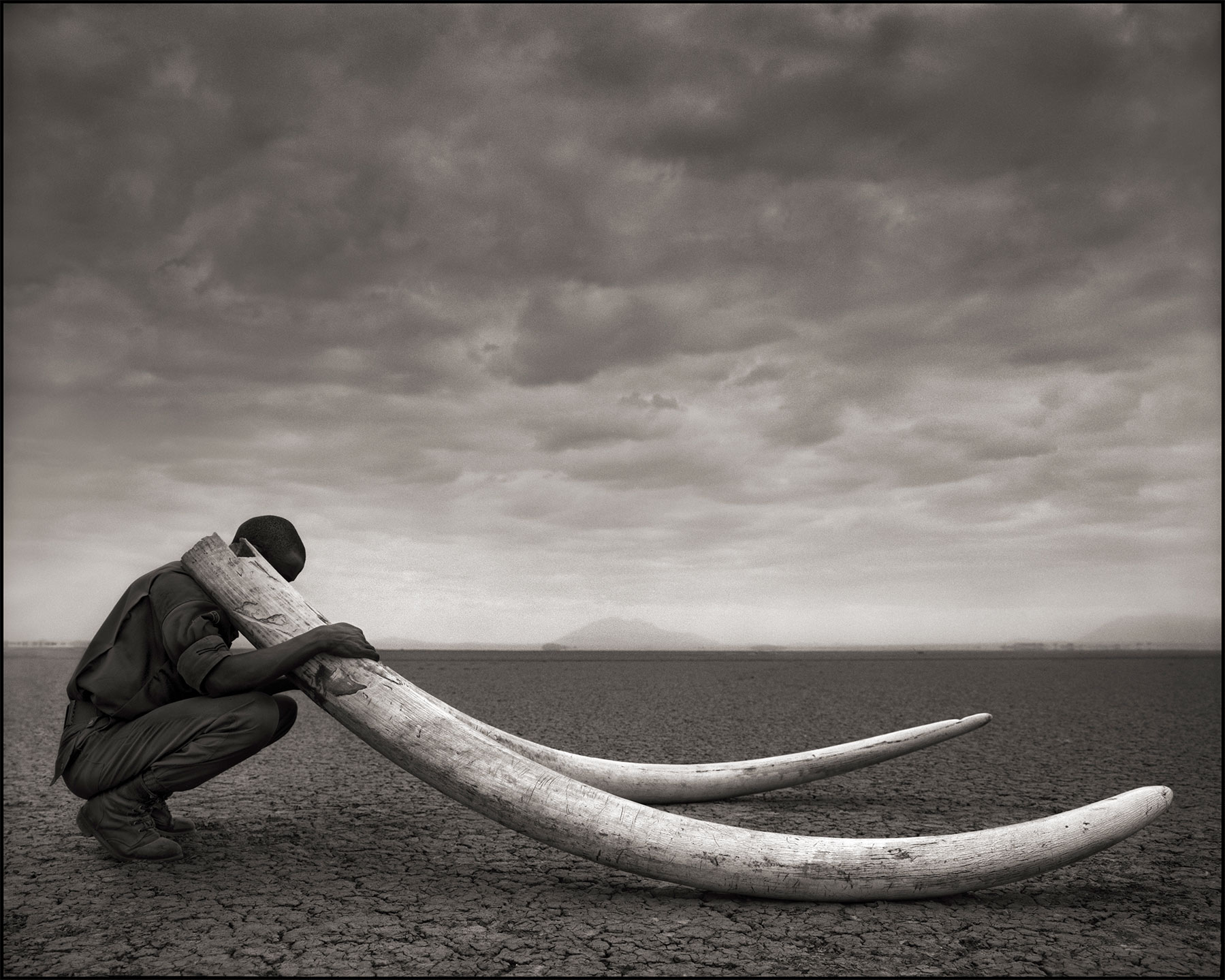 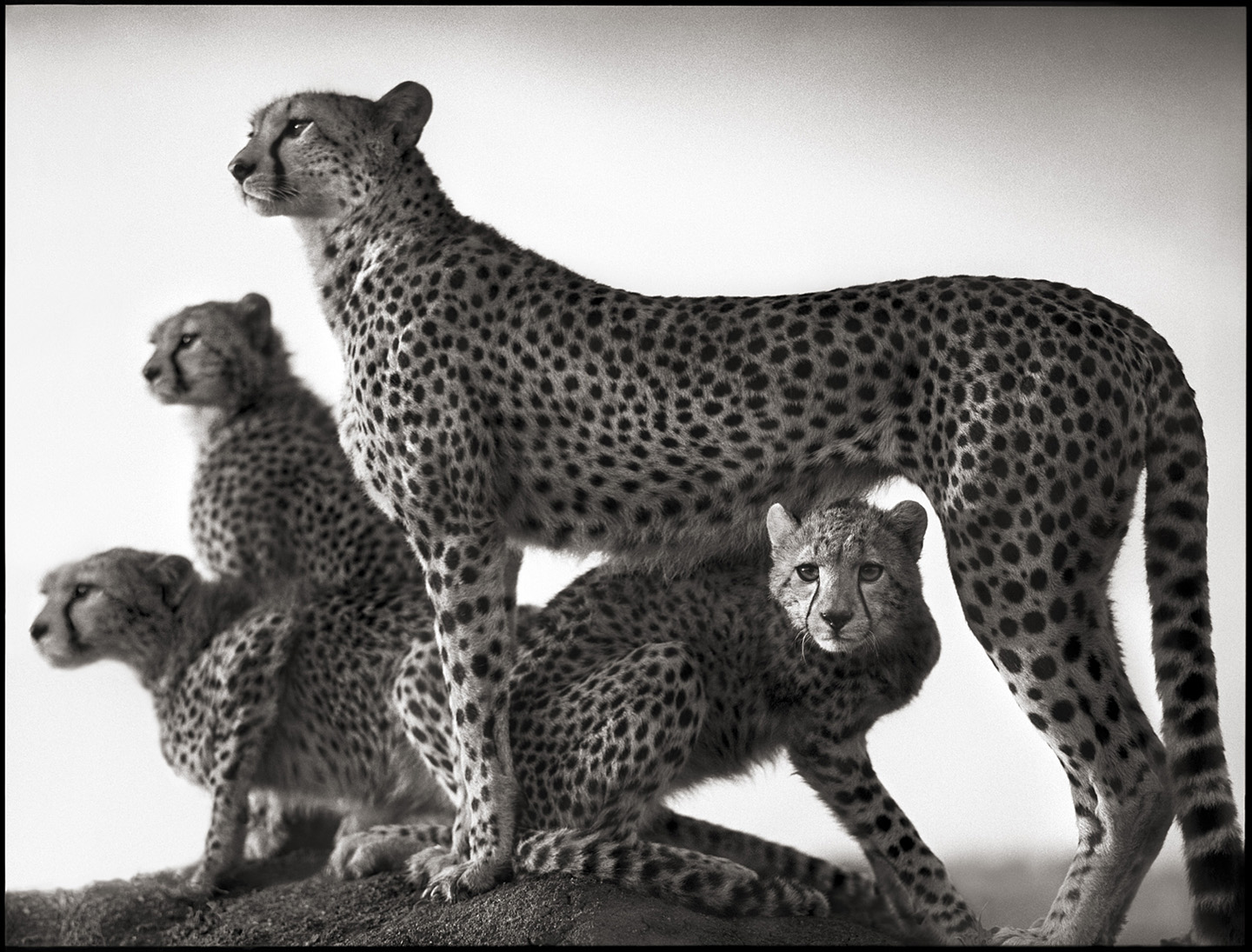 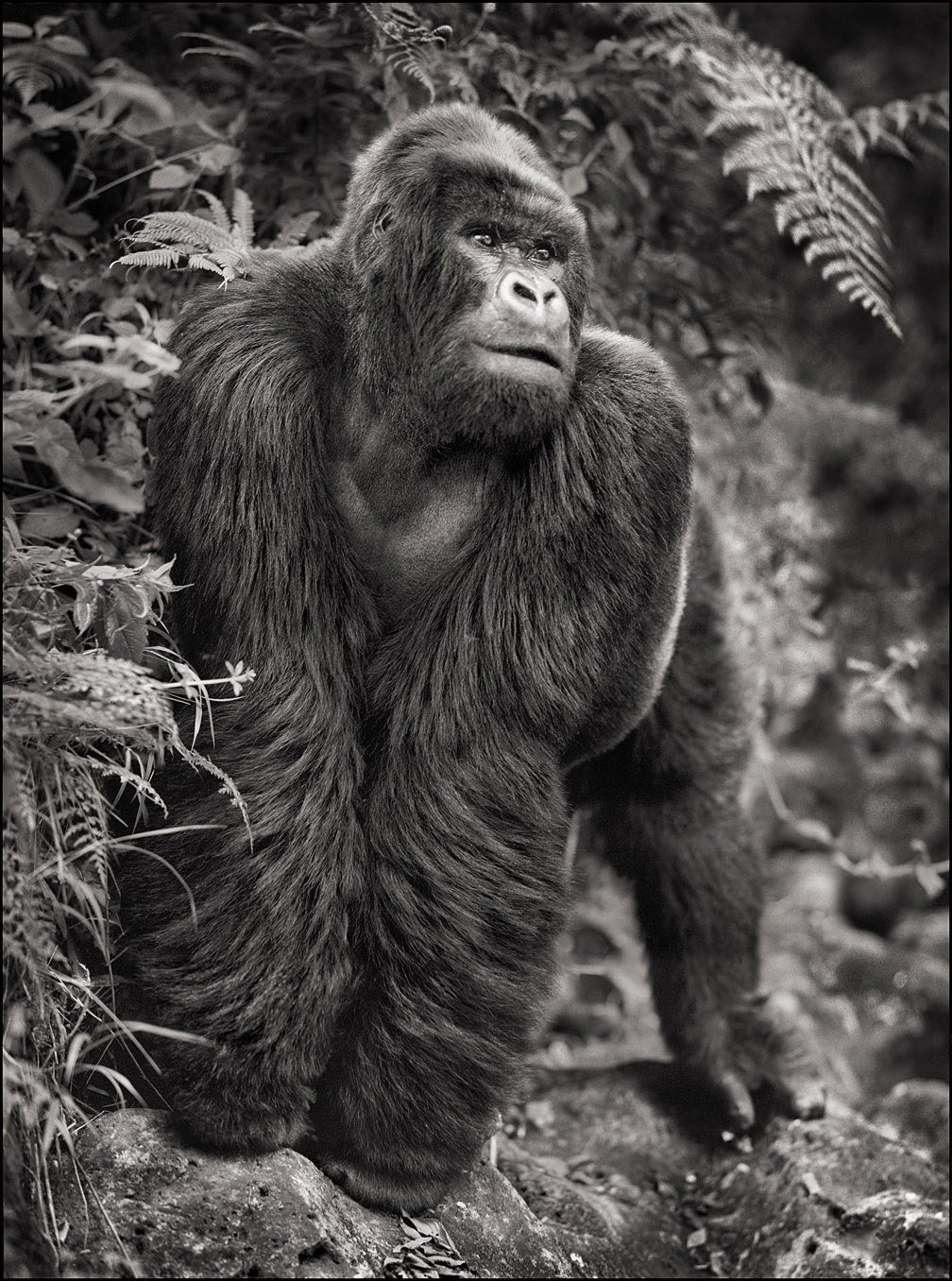 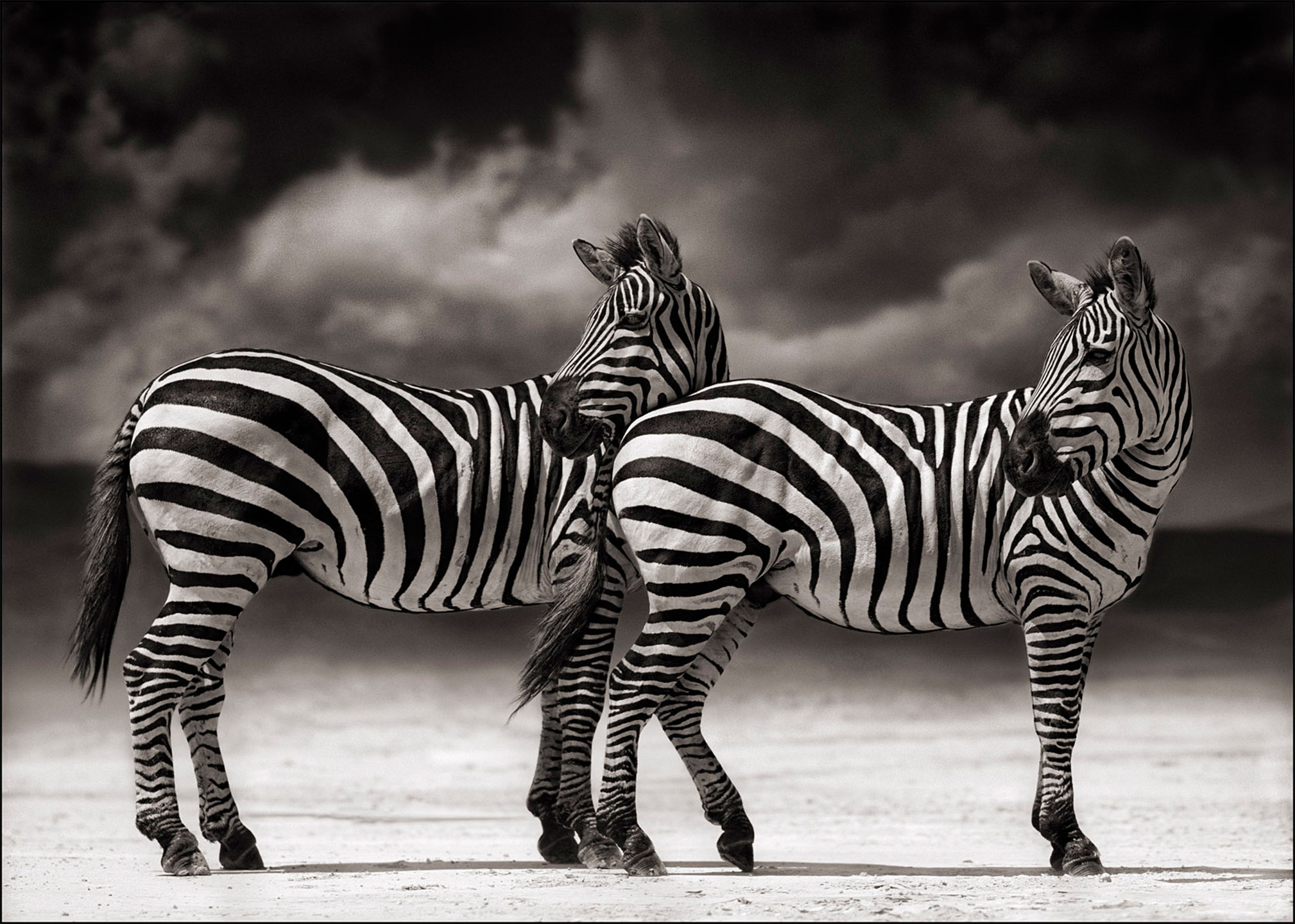 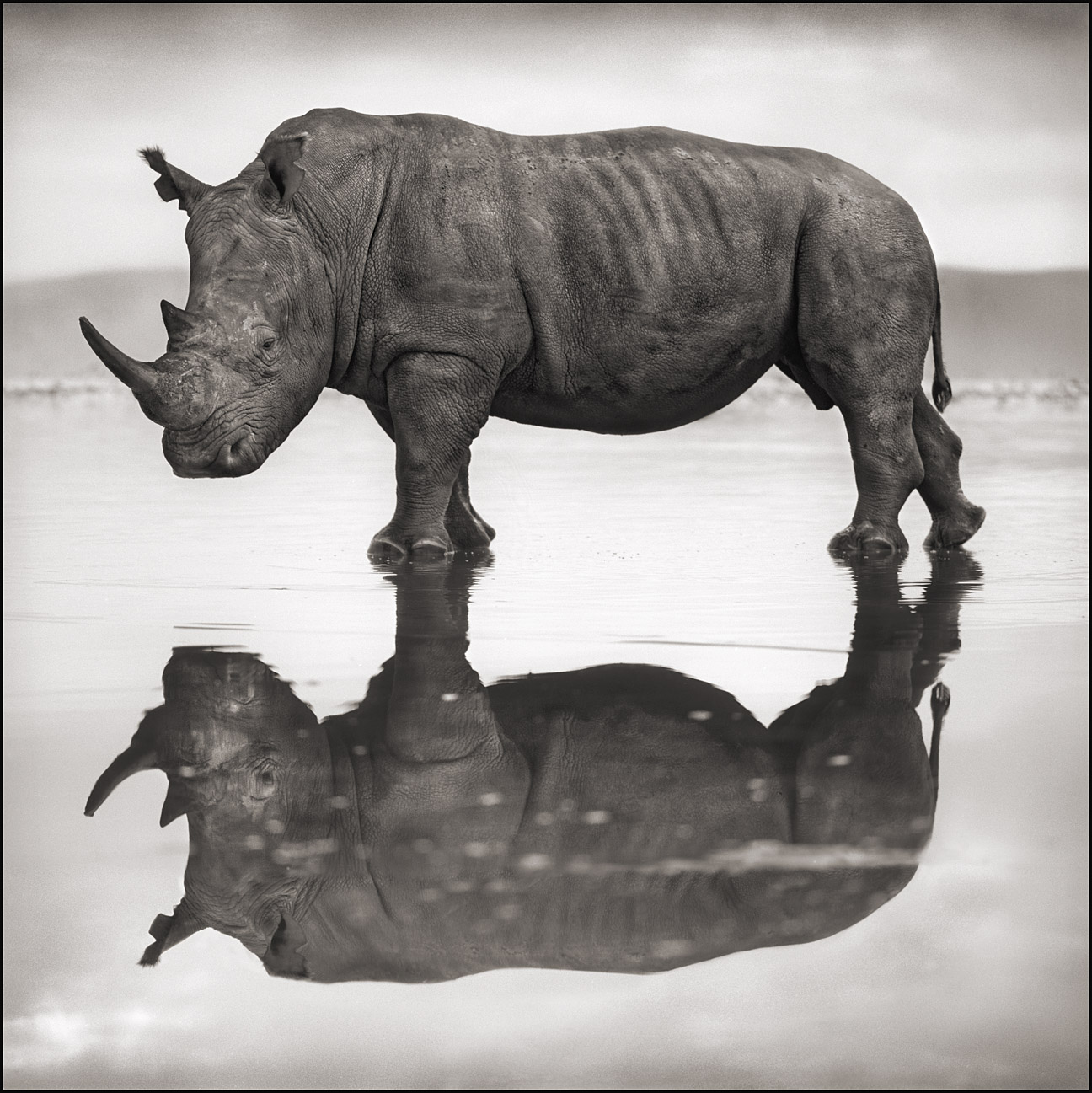 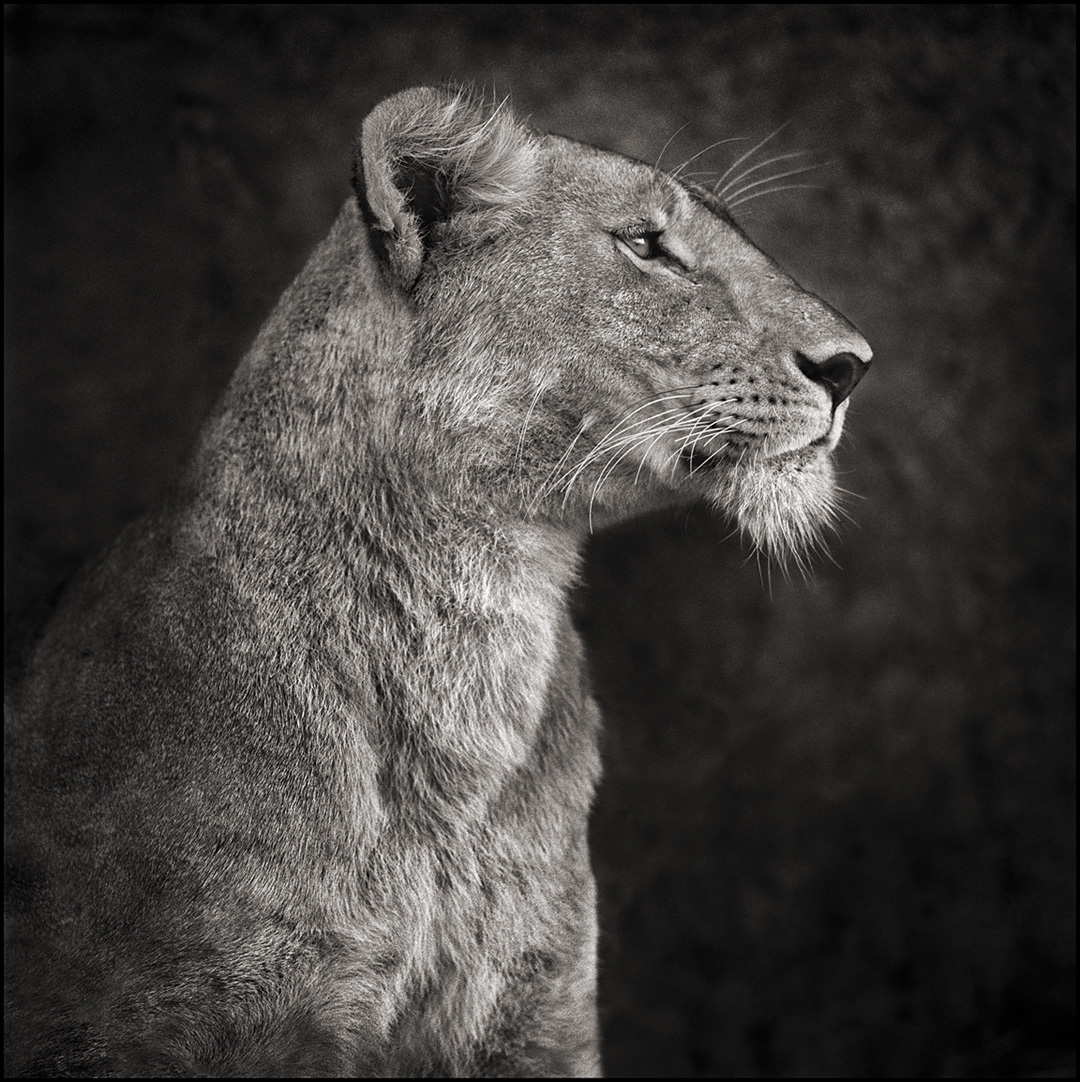 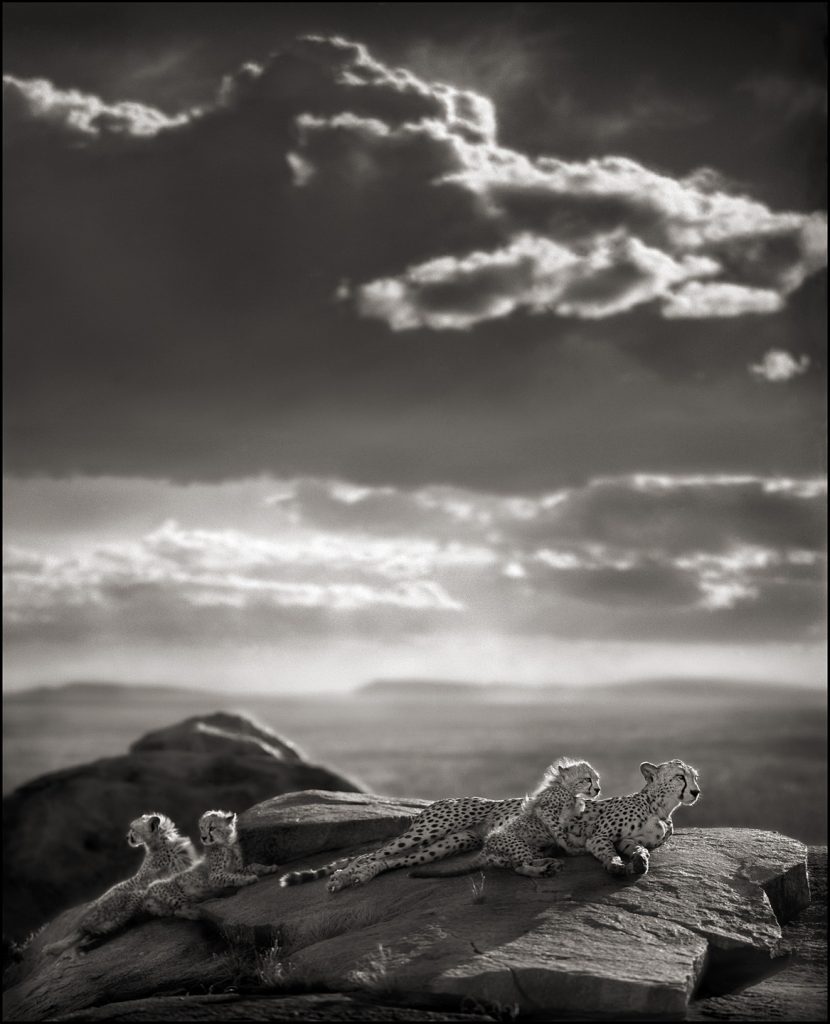 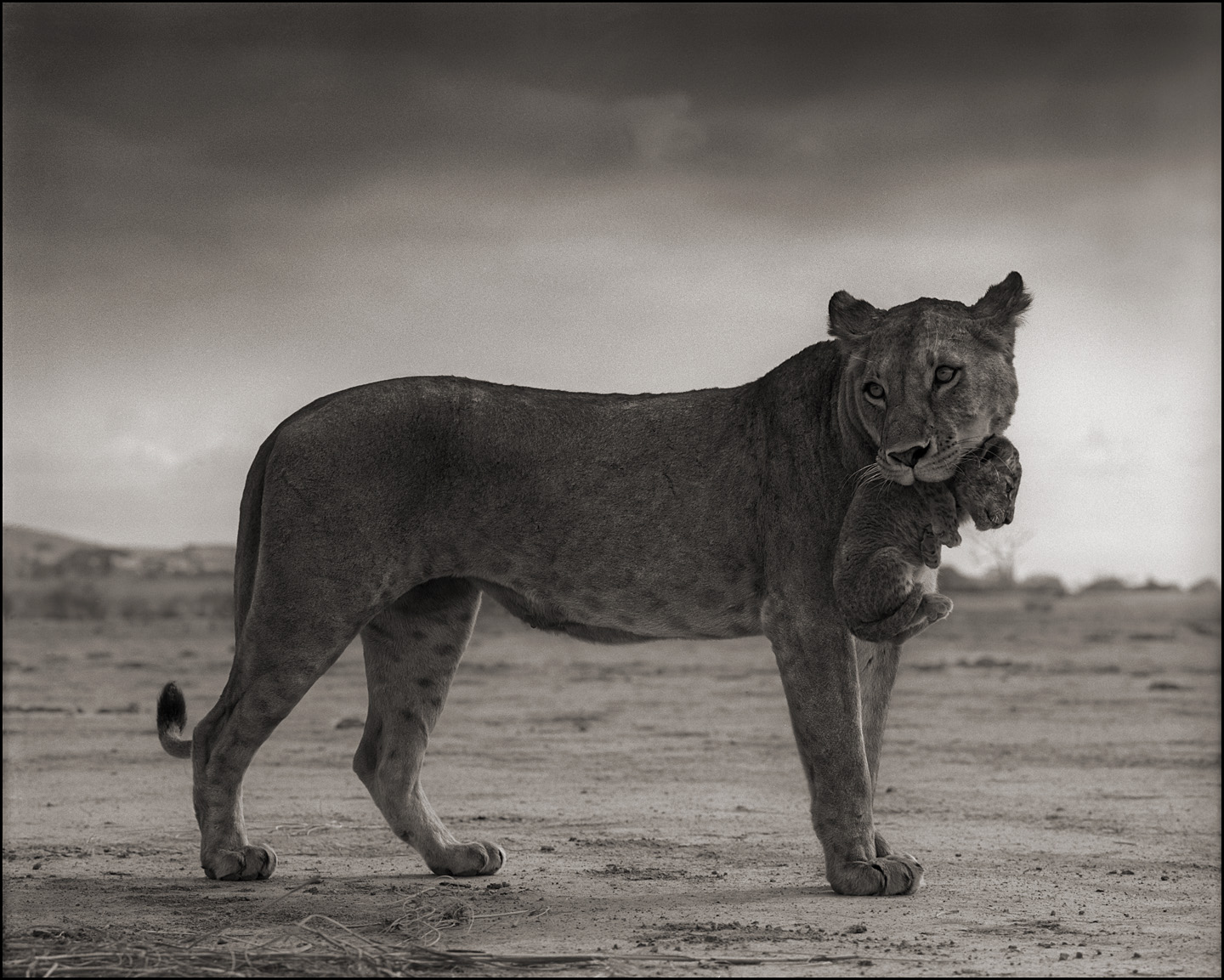 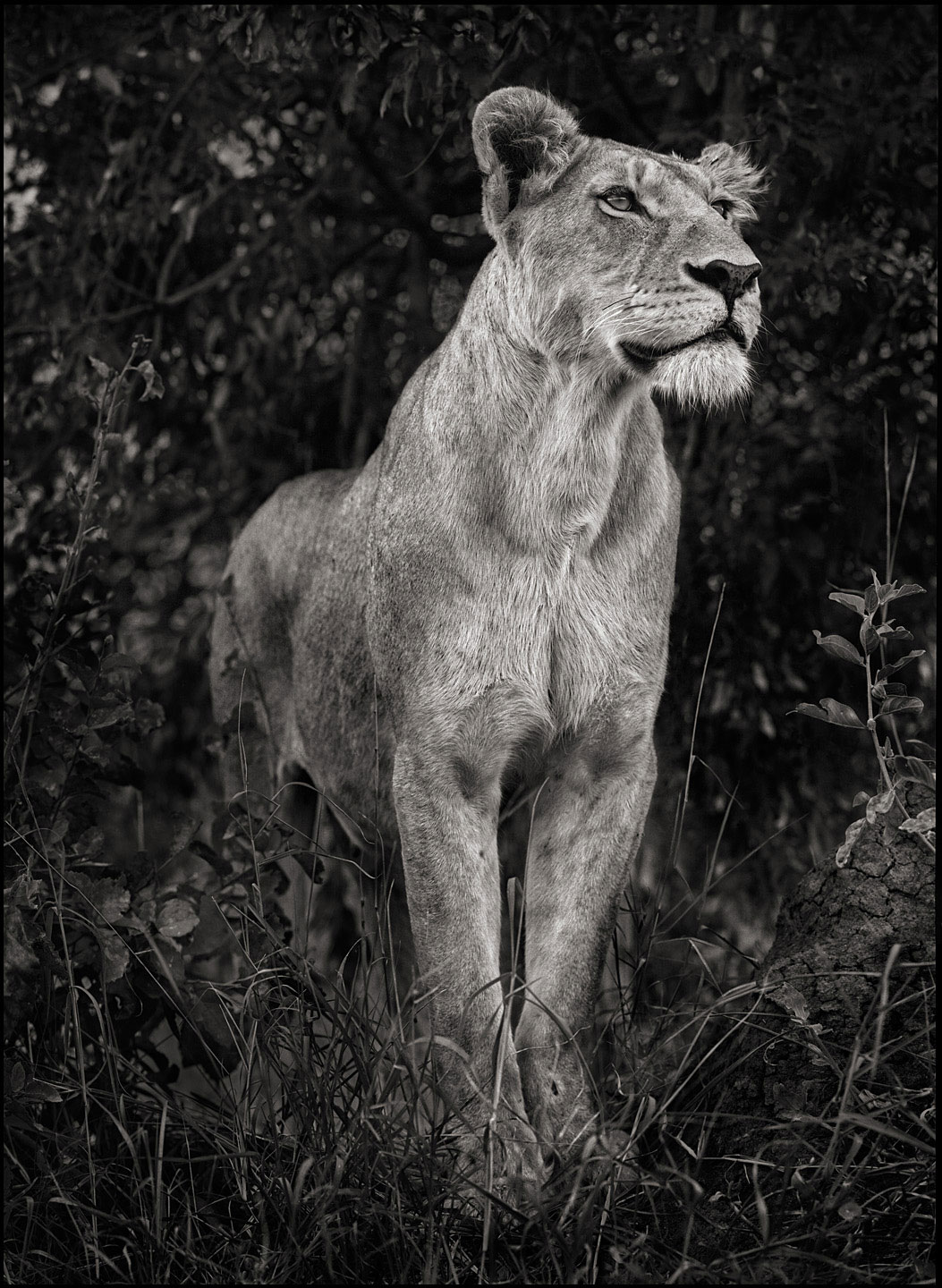